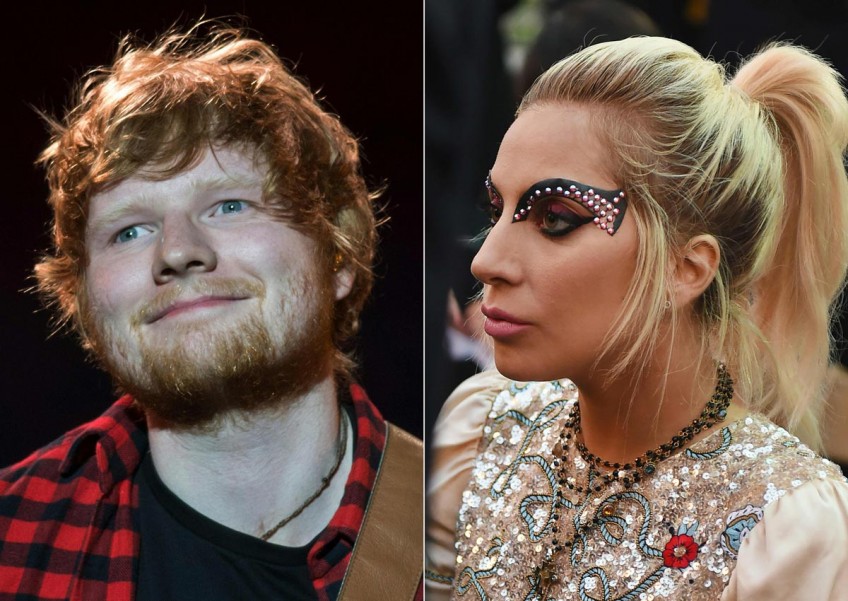 Even A-list celebrities can be hurt by the venom on Twitter.

Lady Gaga has rallied to support Ed Sheeran after the English songwriter revealed he is avoiding Twitter due to abusive comments -- some from Gaga's "Little Monster" fan base.

"I wish all people on the internet would be positive and loving and a part of creating an online community that is kind and empowering, not hateful and mean," Lady Gaga wrote late Tuesday on Instagram as she posted a picture of herself with Sheeran.

"No reason to tear down an artist simply because they are on top," she wrote.

Sheeran -- whose "Divide" is the top-selling album so far this year in the United States -- said earlier in the week that he was no longer reading Twitter.

"I go on it and there's nothing but people saying mean things. Twitter's a platform for that," Sheeran told the British tabloid The Sun.

"One comment ruins your day. But that's why I've come off it," he said.

The ginger-bearded 26-year-old insisted he had not targeted Gaga, whose diehard fans took him to task over a recent interview.

Speaking on Apple Music's Beats 1 radio, Sheeran said he was open to outside advice as he did not want to feel "invincible" after his successes.

"I do not want to do the Super Bowl years later, after my biggest success, just to prove I'm still relevant," he said.

Gaga put on a widely praised show in February during halftime of the latest Super Bowl, the title match of American football which is the top-watched event each year in the United States.

Gaga has been outspoken in fighting bullying, in part through her Born This Way Foundation.

Cyberbullying has drawn growing attention amid the rise of social media, with critics accusing President Donald Trump of crossing the line with recent posts.