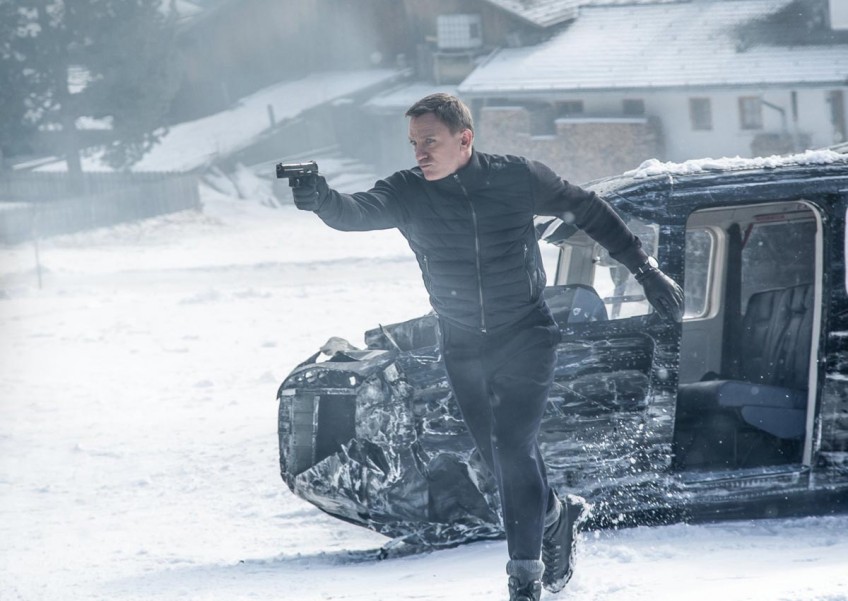 A scene from Spectre.
Sony Pictures

The star-studded spy thriller -- with Daniel Craig as the dashing secret agent, Italian beauty Monica Bellucci and Oscar-winning Austrian star Christoph Waltz as the villain -- has taken in $129 million in its first two weeks. It was among the most anticipated films of the year.

The comedy "Love the Coopers" -- about a four-generation Christmas Eve family celebration that turns wacky and ultimately touching -- debuted in third place with $8.3 million.

Fourth place went to "The Martian," which has generated serious Oscar buzz for lead actor Matt Damon, who plays a NASA scientist accidentally left on the Red Planet.

"The Martian" solidified its blockbuster status with $6.7 million in weekend ticket sales, for a whopping $207.4 million in the seven weeks since its release

"The 33," about 33 Chilean miners trapped 700 meters underground for 69 days in 2010, debuted in fifth place with a take of $5.8 million. It stars Antonio Banderas and Juliette Binoche.