The Chinese pop star, also known as Lay Zhang Yixing, announced the news on social media including Instagram and Twitter in both English and Korean, and included the comment: "This decade is one of the greatest gifts I could've ever received."

He revealed the split on the 10th anniversary of the group's 2012 debut, April 8.

In a handwritten note in English, Lay thanked his fans, SM staff and his "Exo brothers", and affirmed he would "always be the Lay when my members need me", implying he is only leaving SM Entertainment and not formally leaving the group.

In the note, Lay declared he's "your family member in China", acknowledging his popularity and successful career in the country, where he is also an actor. 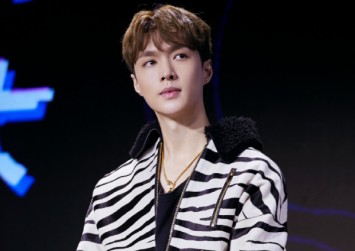 Lay debuted in Exo's initially China-focused subgroup Exo-M, a counter to the Korea-oriented Exo-K subgroup. Exo rose to fame after breakout hit Grow in 2013, and have had numerous hits ever since.

Because of his work in China, Lay has worked infrequently with Exo in recent years, often appearing only for brief moments in releases. He appeared on Exo's 2021 EP Don't Fight the Feeling, his first release with the group since 2018.

Lay and other Exo members have pursued solo careers as singers and actors while remaining in the group. Lay, who has released albums featuring songs in Chinese and English, released his latest single, Dawn to Dusk, in February.