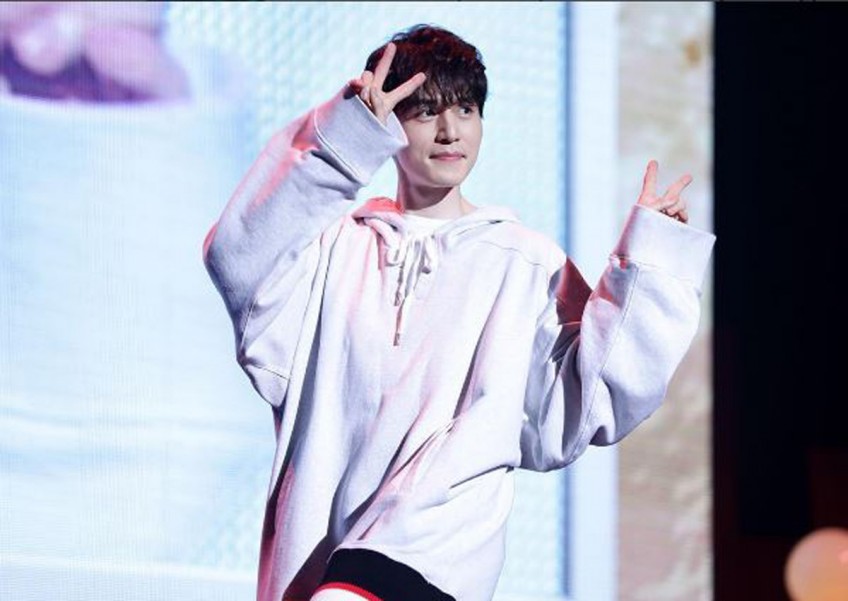 Titled "For My Dear," the actor's meet and greet in Seoul was attended by some 1,500 Korean fans.

Lee captured their hearts by singing to Zico's "I Am You, You Are Me" and dancing to Twice's "TT."

He also revealed what he looks for in a girlfriend, saying, "I want to date someone who is wise and pretty and at the same time who can eat well. … I also want somebody who I can have good conversations with."

Gong Yoo, who starred in tvN's hit drama "Guardian: The Lonely and Great God," attended the event in a show of support for Lee.

The actor broadcasted part of the event via the Naver V app Sunday for those who could not attend.

Tickets for the meet and greet were sold out within one minute of their release.

The "For My Dear" tour is set to take place in six more cities. Lee will visit Taiwan and Singapore in April; Hong Kong, Indonesia and Thailand in May; and Japan in June.