Lee raises $1.6m for next film through crowdfunding site 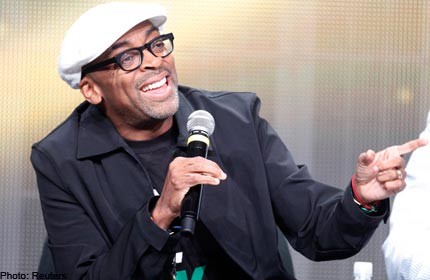 Director Spike Lee has raised US$1.25 million (S$1.6 million) for his next film through crowdfunding site Kickstarter.

The 56-year-old US film-maker is helming a thriller, tentatively titled The Newest Hottest Spike Lee Joint, which will be "funny, sexy and bloody" and is about "human beings addicted to blood".

Some of the contributors included director Steven Soderbergh, who pledged US$10,000, and 28 individuals who paid US$10,000 each.

Director Kevin Smith criticised Lee for taking money from amateur film-makers, but Lee said he is "bringing exposure to Kickstarter".