Of legs and Pancasila: 2 petitions battle it out over BLACKPINK ad in Indonesia

A mother, Maimon Herawati, started the petition on change.org on Friday. In her statement, she deemed that the girlband's outfits were too short.

"A group of women wearing skimpy outfits. What kind of subconscious values do we want to instill in our children with this vulgar ad that flaunts aurat [intimate parts]? The clothes do not even cover the thighs. Movement and expression are provocative. It is really far from Pancasila [state-ideology] values," she wrote on the petition.

She also made a post on her Facebook account, showing a screenshot of the video, in which she blurs the legs of the four members of the band. 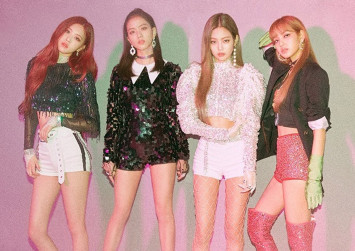 "The ad has been aired during several children programs. One of them even aired this ad every few minutes," Herawati said.

"At least, the KPI could regulate what kind of ads are appropriate to be aired during our children's programs," she added.

After her petition went viral, a fan of BLACKPINK launched her own counter petition on change.org, which had 27,000 signatures by Monday morning.

The petition, started by Uci Fauzia, calls on the commission to not stop the ad. In the statement, she said that people should be more open-minded. "Open your mind. Be smart, people," she said.

As the regional brand ambassador, BLACKPINK starred in the commercial that has garnered close to 27 million YouTube views since it was published on Nov. 18.