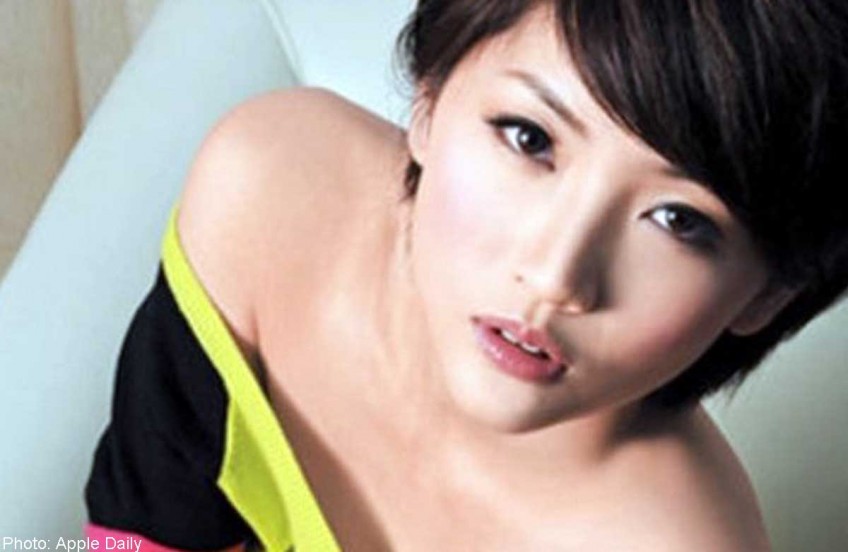 Model Liddy Li has been in hiding since her father killed a neighbour and committed suicide.

The customary Chinese mourning period is 49 days and Sunday was the 49th day since the death of former chef Li Tak Yak, 51, who fatally shot a neighbour in a rental block in Kowloon Bay and committed suicide last month.

Liddy Li, 26, posted a picture of a blue sky on Instagram and wrote: "Dad... this is the last thing I can do for you and my last act of filial piety."

She asked him not to worry and said: "You will live forever in the depths of our hearts."

She also begged the public to have mercy and let the dead rest in peace.

Reached on WhatsApp by a reporter, she declined to say if she would star in a reported cable television show featuring a story about her father. Her reply was just "Thx!", said Apple Daily.

Li and Lee's husband, director Oxide Pang, ignited a scandal when they were photographed on a date in malls in Tsim Sha Tsui in late May.

Pang, 48, and Lee, 38, have said they will move on from the episode. Lee, who was based in Malaysia when the tabloid saga broke, is back in Hong Kong amid talk that she will star in a show for the start-up HKTV.