For anyone who spent their childhood watching Disney movies, the image of Sebastian from "The Little Mermaid" singing "Kiss the Girl" during Ariel and Prince Eric's romantic rowboat scene perhaps remains one of the most memorable.

But for Princeton University student Noa Wollstein, the song, even when sung by an animated anthropomorphic crab, is "more misogynistic and dismissive of consent than cute."

Wollstein, in a scathing op-ed for the Daily Princetonian, called on to Princeton all-male a cappella group Tigertones last Nov. 26, to stop singing the song from their lineup. Wollstein highlighted the premise of the song, which encourages Prince Eric to kiss Ariel "without asking for a single word to affirm her consent."

"Despite the fact that an evil sea-witch cursed Ariel's voice away, making verbal consent impossible," wrote Wollstein. "The song is clearly problematic from the get-go."

She highlighted some tricky lines from the lyrics, such as, "It's possible she wants you too/There's one way to ask her/It don't take a word, not a single word/Go on and kiss the girl, kiss the girl."

These, as per Wollstein, "encourage men to make physical advances on women without obtaining their clear consent." 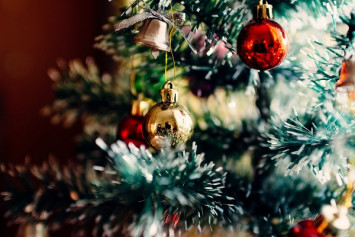 "The song launches a heteronormative attack on women's right to oppose the romantic and sexual liberties taken by men," she said. "In trying to motivate Eric to kiss Ariel, the crab, Sebastian, makes use of lines such as, 'Looks like the boy's too shy.'"

More than just scrutinizing the lyrics, Wollstein implored Tigertones must stop performing the song due to their practice of calling one male and female from the audience whenever they do.

"They then proceed to sing and dance with the 'volunteers,' who are often pressured to join the singers by their friends' cheers" Wollstein said. "Too many people have felt uncomfortable and violated by this practice to continue its justification on the basis of popularity or tradition."