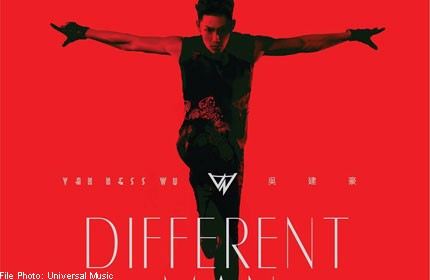 If I were Van Ness Wu, I'd do a major rehaul of my production team.

More than a decade and five Mandarin solo albums after his debut, the 34-year-old Taiwanese-American singeractor still hasn't been able to come up with a chant-worthy signature tune.

It's a pity, because out of the four F4 pretty boys, Wu boasts, hands down, the best vocals.

Marry Me, a soulful number he penned for wife-to-be Singaporean Arissa Cheo - the pair filed a notice of marriage in Singapore on National Day - is sweet but sounds too much like a rip-off of Justin Bieber's Baby.

The only outstanding song is Love Over Time, which sees Wu boldly flaunting his Michael Jackson and Prince influences, from the funky guitar intro to the catchy chorus.