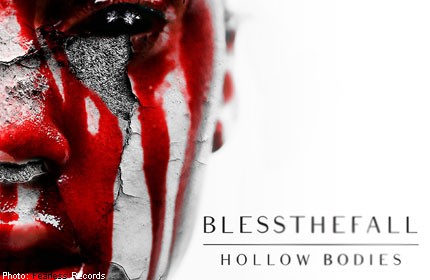 Hollow Bodies, the latest studio effort by US metalcore band Blessthefall, is such a masterpiece that I regret missing their gig in Singapore last April.

Frontman Beau Bokan reportedly told Billboard that he believes Hollow Bodies is "leaps and bounds beyond anything we've ever created".

That statement might smack of arrogance, but it isn't too far from the truth. The 11-track album is a winner from start to finish.

From the blistering, aggressive You Wear A Crown, But You're No King - the perfect cathartic song for those who have to deal with horrible bosses at work - to the emotive, haunting Buried In These Walls, these young Arizona natives have come a long way since their debut release in 2007.

I also like their dabbling with electronica elements on The Sound Of Starting Over and Open Water, which gives the tracks a progressive touch.