Malaysian actor Ashraf Sinclair remembered for his kindness and humility

PETALING JAYA - Actor Ashraf Sinclair, whose untimely death shocked many, is being remembered for his kindness and humility.

Hisyam Hamid - who filmed the TV series Dosa with Ashraf in Jakarta in 2018 - recalls being moved by the care and concern he showed him.

He said there was one occasion where they were undergoing physical training (for the series) on a Friday and usually, after training, they would be drenched in sweat.

"As we were getting ready to go for our Friday prayers, he said to us: 'Jom, let's go back to my place first and wash up, then we can go to the mosque together.'

"I remember asking him if that's okay because for someone of his stature to offer that to us is amazing.

"His exact words were: 'Yes, of course, you guys are my brothers."

Hisyam said on another occasion where he fell sick during filming, Ashraf went to great lengths to look after him.

Gol & Gincu co-star Sazzy Falak echoed Hisyam's thoughts, saying that "anyone who has worked with him will tell you how much of a positive effect he had on people".

With a friendship spanning more than 20 years, Sazzy shared the impact Ashraf had on her life.

"I've known Ashraf since we were in our teens. We grew up around the same area.

"He would be the one I talked to if I needed clarity on something. That was the kind of friend he was," she said. 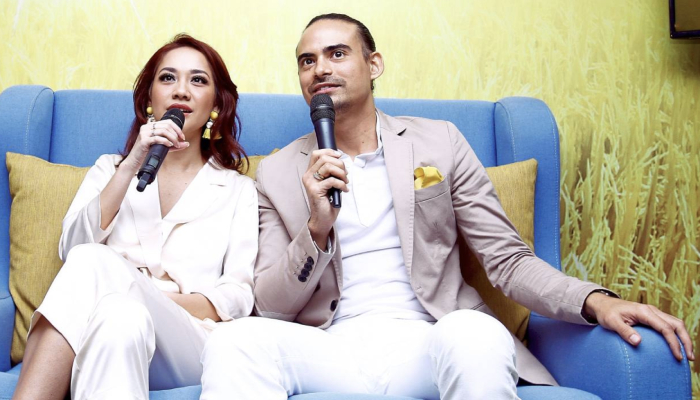 Happier times: Ashraf and Bunga Citra Lestari were married in 2008 and lived in Jakarta, Indonesia. Ashraf is also survived by his son Noah Aidan and his siblings Aishah and Adam. PHOTO: The Star/Asia News Network

Sazzy, who flew to Jakarta upon hearing the news, said the last time she met Ashraf was in Indonesia last year where they celebrated her birthday.

Lina Tan, the producer of the Gol & Gincu franchise, also remembered how she was so taken by Ashraf's good-natured persona.

"He was such an affable person, very enthusiastic about things.

"When we were casting for the film, we wanted him to play the bad guy but he was such a nice guy in person that we decided to cast him for the (good guy) role," she said.

Zul Ariffin - who acted opposite Ashraf in the upcoming action flick J Retribusi - regarded him as "an extremely good friend".

"Ashraf is not only a colleague but my first friend in the industry. He was like a brother to me. He was nothing but kind and generous," he said.

Siti Saleha, who acted with Ashraf in another upcoming film Proksi, said he was "humble, kind, a professional at his work but also loved to crack jokes with everyone on set". 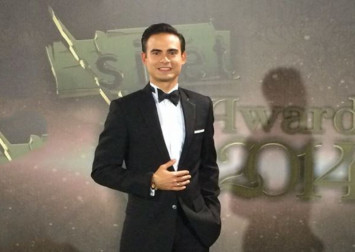 Born in London 40 years ago and raised in Malaysia, Ashraf shot to fame on the film and TV series Gol & Gincu in 2005.

He later branched out to Indonesia, landing roles in numerous dramas.

In 2008, Ashraf married Indonesian singer and actress Bunga Citra Lestari and since then, resided in Jakarta.

His younger siblings are also in showbiz - Aishah, 39, is a radio deejay and TV host while Adam, 35, is an award-winning director who directed Malaysian singer and wife Yuna's music videos.

Ashraf was laid to rest at San Diego Hills Memorial Park, Karawang in West Java yesterday. He died of a heart attack.