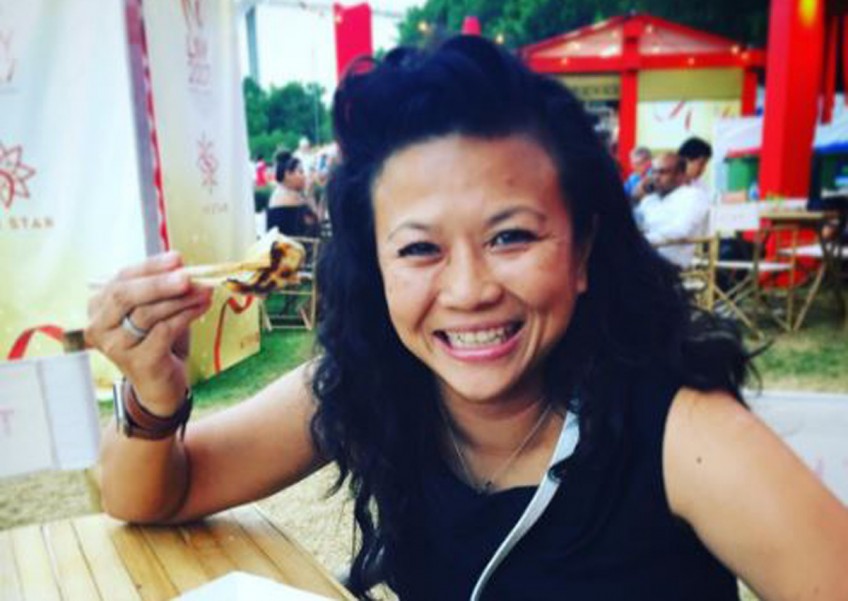 The Sydney-based 48-year-old was back in Malaysia for a family visit and work when she was reportedly taken ill. She died after a short battle with lung cancer, according to friends.

Khoo was a freelance writer who contributed to several magazines and newspapers, including The Star.

The Penangite's first foray into publishing was in 1997 when she came out with a food guide of her hometown. She also appeared on Discovery Asia's Food on Penang.

She recently published Grow, Cook & Eat with food stylist CY Phang who spoke to Khoo before her untimely passing on Saturday.

"She thanked me for visiting her.

"Her speech was slurred, but I remember what she said clearly because she thanked me twice," said a distraught Phang, 44.

The foodie was known for her commitment to educate people, particularly children, about environmental issues.

She worked with her celebrity friend Asha Gill to launch the Eco Kids-scripted stories series to help kids understand their impact on the environment.

"Fay was passionate about the environment. She avoided using things made of plastic, including straws.

"I believe that she would like to be remembered for her persistence in creating a sustainable environment. We should continue spreading her positive messages," added Phang.

Khoo was a presenter on BFM radio station, popular for her Saturday noon Feeding Time podcast, which revolved around the culinary business, restaurant reviews and interviews with chefs and restaurateurs.

She also co-produced and moderated BFM's annual Enterprise Takeaway food event, and had a short stint as a video host for its former e-magazine, B-Side.

"Fay was driven by her passion.

"She would do the research and get contacts for Feeding Time when she was in Sydney.

"Then she would come to Malaysia and do a solid number of shows. Fay was an absolutely creative person," said BFM founder Malek Ali.

Khoo's celebrity friends and fans took to social media to share their grief.

Comedian Harith Iskander wrote: "It's absolutely crazy how this can happen so fast.

"You have been one of my oldest friends and one of the most loving and outrageously authentic people I know.

"You will be missed by many, not least of whom, me. Rest in peace 'mangkuk'. Love you Kay Foo!"

Radio veteran Patrick Teoh, who knew her for over a decade, posted: "My dear friend Fay Khoo is gone. I just can't believe it.

"We met and spoke what seemed like just a week ago.

The private funeral for Khoo will be held in Kuala Lumpur on Wednesday.