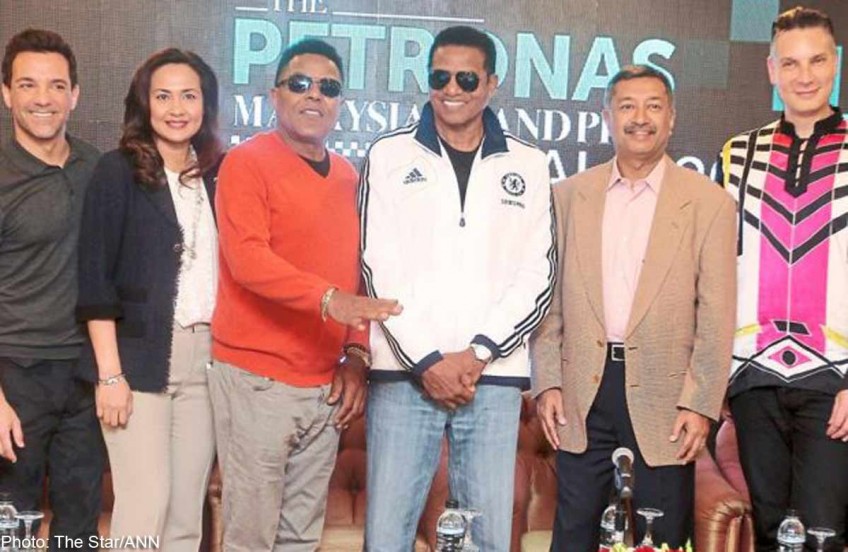 KUALA LUMPUR: The Petronas Malaysia Grand Prix Gala 2015, which will be held tonight at the Kuala Lumpur Convention Centre, is pulling out all the stops to ensure that it will be the event of the year.

Former member of E! channel's Fashion Police George Kotsiopoulos is kicking it off with a red carpet reception, followed by a fashion showcase by the "King of Vintage", designer Cameron Silver.

The night will end at the Plenary Hall for "Showtime with The Jacksons", bringing on stage brothers Tito, Jermaine, Marlon and Jackie, who are set to perform a selection of their biggest hits.

During a press conference yesterday, Kotsiopoulos mentioned that he is super excited to be hosting together with local actress Fazura Sharifuddin.

He added that it was going to be "all in good fun", and expected everyone on the red carpet to be beautiful.

"The fashion showcase will be a retrospective of the 20th century. Guests can catch a glimpse of beautiful designs from Chanel, Balenciaga, Oscar de la Renta and more," Silver said.

Jackie and Tito, who were also present, called on their fans to bring their dancing shoes.

The duo said: "It will be a great, high-energy performance. You're going to enjoy it because we're going to tear the night up."

The venue will be transformed into a stage worthy of Hollywood. Expected guests include F1 team principals and drivers, members of royalty, celebrities and socialites.