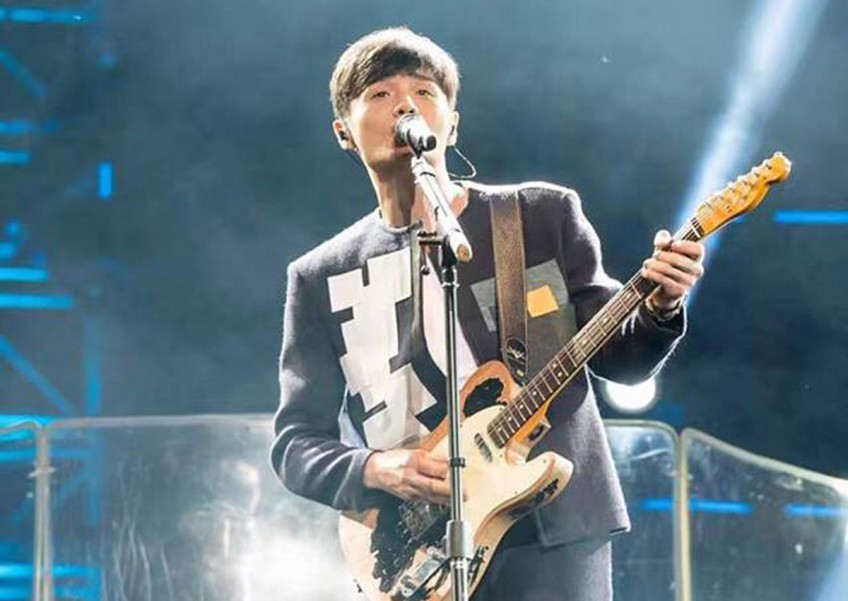 When illness strikes musicians, some singers cancel or postpone their concerts because they cannot reach their usual standards.

Welsh singer Tom Jones famously did so during his 2010 concert here, exiting the stage after singing two songs because of voice problems.

Do not expect the same of Chinese singer Li Ronghao - he powered through his two-hour concert in Guangzhou, China, last December, despite battling a fever, cold and sore throat.

Two hours before the show, he was still on a drip in hospital.

Ahead of his first Singapore concert next month, he tells The Straits Times over the phone from Taiwan: "I did not want to disappoint Guangzhou fans. It is not nice. They came to see me. And although I was sick, I was still me. That's why I continued with the show."

Of his Singapore fans, he says: "They are very cute, though a little shy. Some have come to see my performances in Hong Kong and Taiwan. I have always wanted to see them in Singapore and there was no opportunity until now."

While his Hong Kong concert in February guest starred Cantopop singer Joey Yung, there is no special arrangement for his Singapore performance yet.

Li says: "I'm not saying there won't be a guest star. I will see if there is someone suitable and if he has the time."

The 31-year-old is not your average pin-up, with his small eyes and quiet demeanour. His answers are mild and polite to a fault.

Since picking up a guitar at age nine, the self-taught musician has released three albums and is best known for his songwriting ability and soulful singing style.

He has also composed and produced songs for top Mandopop artists such as A-Lin and Tiger Huang.

His first album, released in 2013, won him five nominations at the 25th Golden Melody Awards, where he won Best Newcomer.

Dubbed by some as "the new King of Mandopop" and "Mandopop's fastest rising star", media reports in recent years have focused on his personal life, particularly his relationship with girlfriend Rainie Yang, a Taiwanese singer, actress and TV host.

Asked about the attention, he replies: "It's still okay. I think it is best to focus on the music."

Indeed, few of his songs focus on love relationships, featuring topics such as parent-child relationships, growing up and the self-referential act of composing songs instead.

He explains: "Perhaps other singers place more emphasis on love relationships. What I have written is just what I have been thinking about in recent years.

"In the future, I might write about different things."