Marvel films Black Widow, Shang-Chi and the Legend of the Ten Rings, Eternals may not see the end of the rainbow as virus closes China cinemas

Black Widow is another Marvel movie after Shang Chi and The Eternals that's caught in a web of uncertainty over its China release, but this time the villain is Covid-19.

The fate of Marvel Studios’ three biggest superhero films in 2021 remains uncertain in mainland China as the country relaunched strict control measures to battle its widest Covid-19 outbreak since Wuhan.

There has been no sign of release yet for Black Widow, which entered cinemas in other parts of the world early last month, as public spaces in many regions are closed to curb the spread of the Delta variant, according to a number of Chinese cinema chains.

Two other Marvel films, Shang-Chi and the Legend of the Ten Rings and Eternals, which are to be released internationally in September and November respectively, may never see the light of day in China either.

Besides the impact from pandemic prevention, chances of these titles being released in China are getting slimmer due to a jingoistic backlash in China amid deteriorating Sino-US relations, industry insiders said. Marvel Studios is certainly not alone. Warner Bros’ Space Jam: A New Legacy; Disney’s Jungle Cruise and DC Films’ The Suicide Squad all did not receive a release date in China.

Starring Scarlett Johansson, Black Widow, the first Marvel film Disney has brought to cinemas in over two years, had already been delayed for a year due to the pandemic before its international release a month ago. And there’s still no timetable at Chinese cinemas.

“We have no idea whether these films are approved at all. It’s really unpredictable, especially as the Covid-19 outbreak continues,” said a staff worker at a leading theatre chain China Film Stellar.

“There’s too much uncertainty for films now. Even if a release is scheduled, it’s still very likely to be dropped or changed,” said a manager at Wanda Film, another major cinema chain.

For the three Marvel films in particular, uncertainty also came from a growing political sensitivity among Chinese viewers.

While Black Widow involves negative information about the Soviet Union and Russia, which China sees as an ally, Shang-Chi has been criticised for basing the main character’s father on reviled Chinese villain Fu Manchu, and Eternals is being boycotted by some because its director is Chloe Zhao, an American director of Chinese origin who offended some in China for once referring to the country as a “a place where there are lies everywhere”. 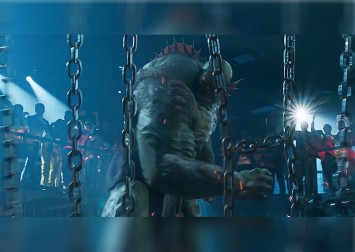 On Douban Movie, China’s version of IMDB, one of the most liked comments under Shang-Chi was: “Fu Manchu, a name with extreme racist discrimination. How can such a film be introduced to China? What’s Marvel thinking about?”

Fu Manchu is a fictional villain created by Sax Rohmer that Marvel acquired. Looking Chinese and set in the early 20th century, Fu represents the fear of the West toward the Yellow Peril, a racist metaphor describing the xenophobic theory of colonialism, Chinese film critics said.

While the studio addressed the issue and renamed the villain Mandarin, the damage had already been done.

Marvel Studios has not responded to an inquiry from the South China Morning Post at the time of writing.