Mayor begs Woody Allen to make a movie in Rio 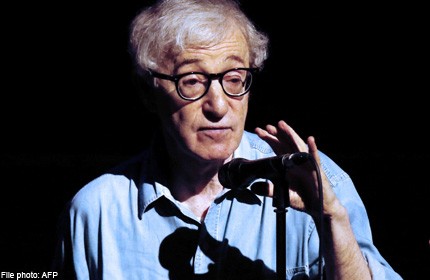 RIO DE JANEIRO - Rio de Janeiro's mayor says he'll pay "whatever it takes" to get Woody Allen to set one of his films in this sensuous seaside city, host of the 2016 Olympics.

"I'll pay 100 per cent of the production," said Eduardo Paes in an interview published Sunday by the daily O Globo.

Allen has made a string of recent movies featuring some of the world's great cities - London, Barcelona, Paris and Rome - and Paes is determined to add Rio to the list.

"I'll pay whatever it takes to get him to come film here," he said.

"I so want him to come. I've already done all kinds of things. I talked to his sister, I sent him a message through (Spanish architect Santiago) Calatrava, who is his neighbour in New York," Paes said.

He said he would put up with the criticism of locals for handing over "the millions that Woody wants."