The American singer and actress delved into the small details of their life together in a four-page love letter that she posted on social media yesterday, Jan. 14.

When their home was ravaged by the California wildfires last November, Cyrus revealed on "The Howard Stern Show" that Hemsworth saved their 16 pets.

Cyrus even had affection for his literal dirty laundry: "I love your dirty socks on the floor 'cause that means you're home."

Routines such as listening to new music, watching 1993 sports comedy film "The Sandlot," making breakfast together and eating Chinese food after a hangover gave a peek at the life the couple shared.

The "Malibu" singer also said she does not mind that her husband is not perfect with chores: "I even love when you shrink my favourite t-shirt in the dryer - because having a boyfriend (oh em gee I almost forgot you're my friggen husband now) that does laundry is pretty much the best thing ever."

"Put simply… I love you. Unconditionally," she said.

"If the world had more of this type of understanding we wouldn't be building more walls but bridges," she noted, possibly a dig at United States President Donald Trump's demand to build a wall along the US-Mexico border. The singer is known to have opposed Trump's win as head of state. 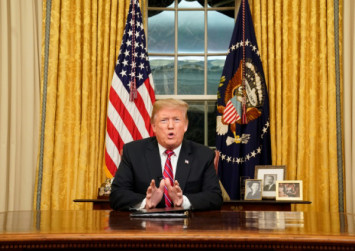 "I'm proud of the person you have become and look forward to all the good we will contribute together in the future," she said.

"Thank you for giving me the happiest days of my life," she concluded.

The couple met in 2009 while filming for the movie adaptation of the Nicholas Sparks novel "The Last Song"-a fitting way to start a love story. After years of an on-off relationship-including a called-off engagement in 2013-the two wed last December.