Tuesday's "PD's Notepad" uncovered more instances of sexual assault by the two, who often worked together, through interviews with alleged victims. An actress said that she was assaulted by Kim and Cho while staying at the same motel during the shooting of a film. Cho's manager also attempted assault. 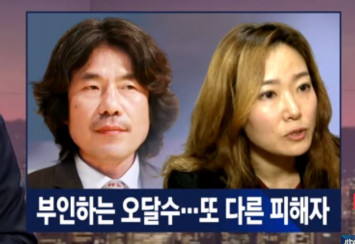 The unnamed actress said, "(The three) knocked on the door of my room like hyenas every night. When I was alone, I was so scared that anyone might come to visit me."

Another actress alleged that she was verbally harassed by the filmmaker while auditioning for a role in Kim's film at a cafe. She said that she suffered emotional trauma due to his sexually insulting words.

Furthermore, an actress who officially filed a complaint against the director for hitting and insulting her last year spoke more about Kim's harassment. She said the filmmaker continued to demand sexual intercourse, and she had to step down from her role, after refusing his demand.

The filmmaker and the actor are known to be close, having worked together on several films, such as "Bad Guy" and "Moebius."

The filmmaker denied the sexual assault allegations to the production team, saying "I have never used my position as a movie director to satisfy my personal desire." Actor Cho also argued that some of the allegations against him are false.