More Coldplay tickets to go on sale on Thursday from 1pm 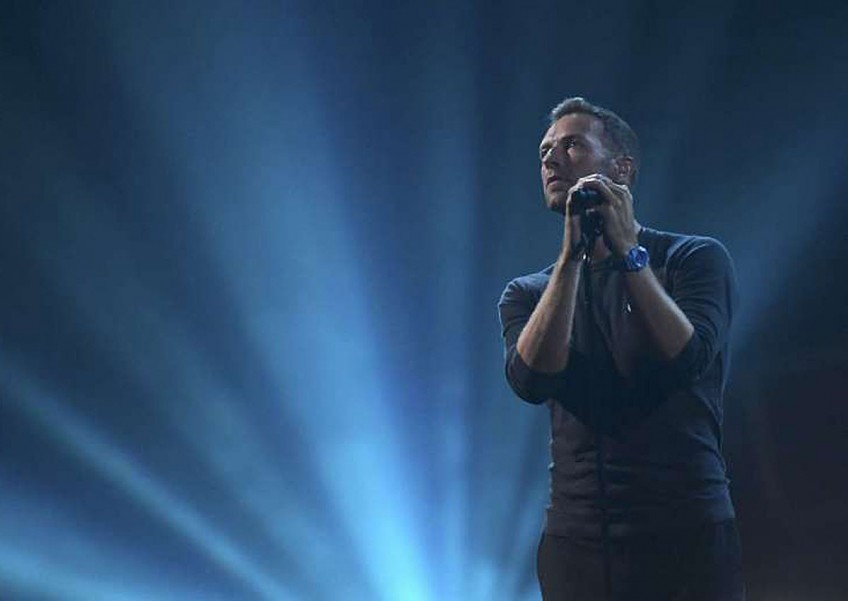 Chris Martin of Coldplay at the Brit Awards in February. The 100,000 tickets initially available for both the band's shows here sold out quickly after they went on sale last November.
Reuters

SINGAPORE - There's good news for Coldplay fans who missed out on tickets to the British band's sold-out concerts at National Stadium on Friday (March 31) and Saturday.

More tickets will go on sale on Thursday (March30) at 1pm. These are for seats offering a restricted side view of the stage and have been made available after the concerts' production and staging details were finalised.

According to organisers Live Nation Lushington, only a "limited" number of these additional tickets will be on sale. Unlike the previous batches of tickets,these will not be available at the stadium's box office or SingPost outlets. Buyers can buy a maximum of four tickets per transaction.

The 100,000 tickets initially available for both shows sold out quickly after they went on sale last November, leading to scalpers re-selling them at inflated prices. Live Nation Lushington has said it will void tickets re-sold through the scalpers.

The police have also arrested two men after several reports were made by Coldplay fans who paid unauthorised re-sellers on online marketplace Carousell but did not receive the tickets.