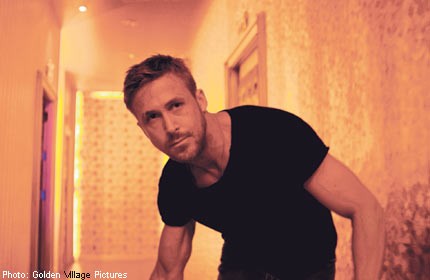 Stills from the movie Only God Forgives.

The story: Bangkok crime boss Julian (Ryan Gosling) does all he can to keep his psychotic brother Billy (Tom Burke) in line but one day, Billy crosses the line.

This film, which was booed at the Cannes Film Festival when it premiered, is nowhere near as bad as its reception in France would suggest.

But neither is it as good as Drive (2011), also starring Gosling, a stylish, taut thriller built around the character of a laconic getaway driver.

Here, Gosling is just as tight-lipped; it is likely that he speaks fewer than a hundred words over this film's lean 89 minutes.

But where the Driver was a man of action, Gosling's Julian is a man of inaction. He broods and he spectates, until the final act when he comes face- to-face with Chang (Pansringarm).

Director Nicolas Winding Refn, working from his own script, sees Julian as a man who is unsure of his own masculinity, a fact pointed out by his mother Crystal (Thomas) to his escort- girlfriend Mai (Yayaying Ratha Phongam) in the crudest way possible during a dinner conversation.

Crystal emasculates Julian verbally but Chang's weapons of amputation exist in the form of swords.

This, and the scenes set in the karaoke clubs and narrow corridors drenched in blood-red light (or brothel crimson, if you prefer) are Refn wandering into fantasy stylisation.

In some ways, this film is a mirror image of an earlier work of his, Valhalla Rising (2009), where mute Norse warrior One Eye (played by Mads Mikkelsen) wreaks havoc on anyone who breaks his rules.

Here, Chang is the stone-faced force of nature, a demi-god who judges.

Julian has to choose between Chang and Crystal, between his present and his past. And like Valhalla, the film flits off into surrealism at its end.

It is a cop-out and it feels like Refn giving a finger to anyone who feels invested enough in his characters to want a proper conclusion, and probably explains the Cannes jeers.

At times portentous and occasionally confusing, this film will be a slap in the face for anyone expecting to see anything like plot-driven action of Drive.

But it does worm its way into one's mind and sit there much like the "living organism" of Refn's description.