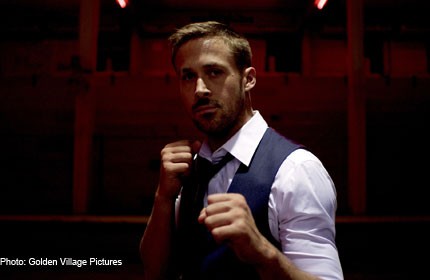 Either that, or you gotta hate him.

With Drive and now Only God Forgives, he's proven himself to be a master of the sort of glossy, gilded weirdness often associated with David Lynch.

Everything in his movies looks delicious, but if you linger overlong you will be seduced by the elegant decadence into a vortex of madness.

Some will hate Only God Forgives, and good for them.

Those of us who love it are the ones who should be worried.

Set in Bangkok, the story is super simple.

Trouble is, the man ultimately responsible for his bro's death is the formidable Thai cop Chang (Vithaya Pansringarm).

There's virtually no dialogue in the film, and mostly what we get is style. Refn has taken some of the dingiest corners of the City Of Angels and polished them to a high sheen.

There's absolutely nothing naturalistic about the film - the cinematography is fashion shoot-ish and the editing is rather fanciful.

If there's one thing I like in cinema, it's an arty-farty genre film, and this is as arty and farty as crime thrillers come.

If you're in the mood for something different you HAVE to check it out, unless of course you can't stomach violence.