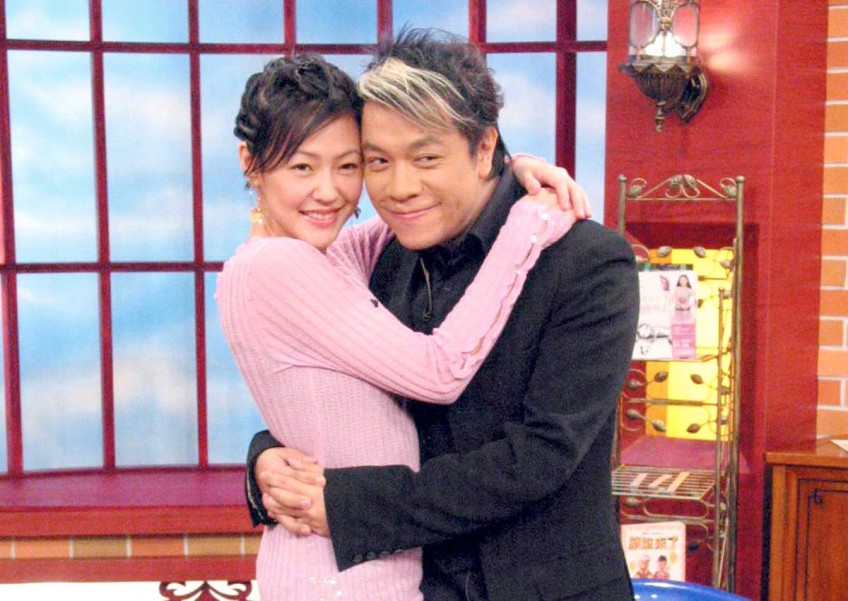 TAIPEI - Taiwan talk show Mr Con & Ms Csi will end with the departure of its hosts Kevin Tsai and Dee Hsu, but Tsai's future looks bright with a directoral film debut among his reported plans.

Wang Wei-chung, the producer of the show, that has riveted TV viewers with its entertaining comic banter for 12 years, said last Friday: "I respect his wishes.

"Without Kang-yung, this show can't be called Kangxi," he said in an interview shortly after Tsai - followed by Hsu in a separate announcement - said they were quitting the show.

Wang was confirming that Hsu would also leave the show, and referring to Tsai's Chinese name and the show's name in Chinese, Kangxi Lai Le. He said it has not been decided when the show would end.

Tsai, 53, and Hsu, 37, are walking away from a monthly income of NT$2.6 million (S$112,000) from the show, says Taiwan's Liberty Times. But, for Tsai, prospects are beckoning, as he is already hot property in China. Hong Kong's Ming Pao Daily News said he started hosting The Million Second Quiz - adapted from the American gameshow - on Hunan TV's online video platform Mango TV last month, earning a rumoured 8 million yuan (S$1.7 million) over seven days of its airing.

Tsai, who holds a master's degree from the University of California, Los Angeles School of Theater, Film and Television, is also working on a movie he scripted and which he will direct. Last month, he said in an interview that he would invite Hsu to appear in it. Reports said Hsu, also known as Little S, was to start work on it in May, but filming was delayed after she fell off a bicycle.

Mr Con & Ms Csi has been the cash cow for CtiTV, the media group that airs it, earning NT$2 billion via revenue sources from advertisements to overseas and online sales, since 2004, reported Apple Daily.

But viewership has dropped by half from its heyday of 380,000 viewers per minute, it added.

It quoted CtiTV chief executive Ma Yung-jui as saying: "It's better to end the show on a perfect note than to wait for it to be dropped.

We've been working on plans for a big variety show. We'll create a new and even better show."

Still, there is talk that Tsai had been dismayed after CtiTV had to apologise to Chinese fans following an Oct 9 episode, said Apple Daily. In it, rapper Chun Sheng had slammed the Chinese by singing: "I'm not some mainlander who is faking it every day."