Aside from being in great physical shape and passing the technical skills exam, the National Aeronautics and Space Administration (NASA) also requires a "joker" to be part of this manned mission to Mars.

Since this is going to be a long spaceflight, the team needs someone with a great sense of humour in order to make light of the serious and stressful situations that they might experience during the trip.

Jeffrey Johnson, an anthropologist at the University of Florida, Gainesville is delving into NASA's Human Exploration Research Analog (HERA), a project that tackles how behavioural and team performance affect space explorations.

While working on this study, Johnson has deduced that long space trips like this need an "onboard comedian."

In an interview with The Guardian, Johnson pointed out that, "These are people that have the ability to pull everyone together, bridge gaps when tensions appear and really boost morale."

And if there is someone who takes on the role of 'class clown,' feelings of loneliness and isolation can somehow be alleviated, "When you're living with others in a confined space for a long period of time, such as on a mission to Mars, tensions are likely to fray. It's vital you have somebody who can help everyone get along, so they can do their jobs and get there and back safely. It's mission critical." 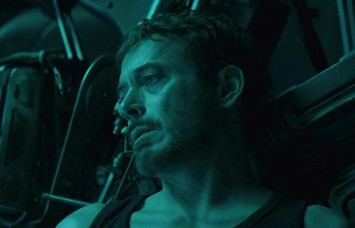 In order to prove the significance of having a jovial member, Johnson also looked at historical examples. According to him, the reason why Norwegian explorer Roald Amundsen succeeded in reaching the South Pole was that the Norwegians had a jolly "clown" figure on their team.

But to those who are aspiring to be part of this mission to the Red Planet, Johnson clarified that being humorous is not enough to get the job.

"Being funny won't be enough to land somebody the job. They also need to be an excellent scientist and engineer and be able to pass a rigorous training regime."