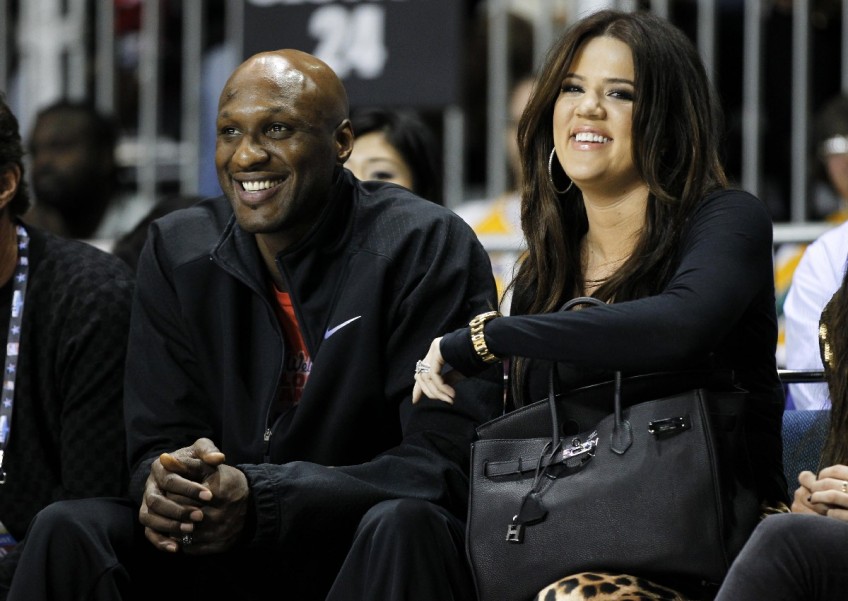 LOS ANGELES - Ailing former NBA star Lamar Odom and his estranged wife Khloe Kardashian called off divorce proceedings on Wednesday in the wake of the basketball player's binge at a Nevada brothel that left him fighting for life.

Kardashian's lawyer, Laura Wasser, appeared before a Los Angeles judge on Wednesday to withdraw the papers, a request which was approved.

The one-page document was submitted without prejudice, meaning the divorce papers can be refiled at a later date, according to multiple reports.

Odom, 35, is currently undergoing treatment in Los Angeles after showing steady signs of improvement after being rushed to hospital last week in Nevada.

Odom was hospitalized and placed on a life-supporting ventilator last Tuesday, when he was discovered unconscious at the famed Love Ranch brothel outside Las Vegas after reportedly consuming a cocktail of drugs and alcohol during a four-day binge.

Kardashian has been at Odom's bedside since the incident, and on Tuesday issued a statement thanking medical workers andwellwishers for their care and support.

"The past week has been incredibly difficult," Kardashian wrote.

"I also want to take a moment to thank everyone at Sunrise Hospital, including the amazing doctors and nurses for their kindness and diligent work.

"Under their amazing care, incredible strides have been made... Thank you for your continued support. God is great!!!" Odom played 14 NBA seasons and finished his career in 2013. He won championships with the Los Angeles Lakers in 2009 and 2010.