Kim Tae-ri in a still from Twenty-Five Twenty-One, a coming-of-age K-drama on Netflix that revels in ’90s nostalgia.

They say that winning isn’t everything; it’s the only thing. But Twenty-Five Twenty-One, the sensationally entertaining new coming-of-age romantic drama series on Netflix from South Korean broadcaster tvN, begs to differ.

1990s nostalgia, the 1997 Asian financial crisis and fencing collide in this colourful, compelling and compulsively watchable tale of grit and endurance led by a sensational Kim Tae-ri (The Handmaiden, Space Sweepers) and a charming Nam Joo-hyuk.

The show kicks off in a recognisable present, as Na Hee-do (Kim So-hyun) accompanies her daughter to a Covid-19 screening desk outside a ballet competition. She reassures her that winning isn’t important.

Yet the girl, now shifting in her pointe shoes as she watches a rival’s impressive routine on the stage, freezes when her number is called and runs out of the building.

Hee-do steps out of her car – she was watching the event on her phone, since the pandemic won’t allow a physical audience – and catches up with her upset daughter outside, who complains that there was no point in competing as she couldn’t have won.

Her mother asks her, “Is it meaningless if you don’t win?” This is a key question the show keeps coming back to.

The daughter runs away again, this time to stay with her grandmother, and there she goes through her mother’s effects, including her diary, which transports us back to July 1998, where we are introduced to the spirited 18-year-old Hee-do (Kim Tae-ri).

Hee-do is a bright young girl, but things around her are very different. The country is still suffering the effects of a financial crash that has wiped out many people’s livelihoods.

Read Also
Nam Joo-hyuk, star of new K-drama Twenty Five, Twenty One set in 1998, would 'sabo' his friends this way if he lived in the '90s 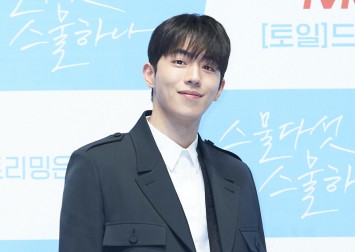 She trots through protests in central Seoul on her way to who we are led to believe is her crush. This turns out to be her idol, Go Yoo-rim (Bona), a gifted young fencer. Hee-do is also a fencer but her team has just been disbanded, yet another casualty of the crisis.

Over Hee-do’s protestations, her coach laments: “I didn’t crush your dreams. The times did.”

She begs her widowed mother, Shin Jae-kyung (Seo Jae-hee), to transfer her to Taeyang High School, which hasn’t dissolved its fencing team, thanks to their star pupil Yoo-rim, but Jae-kyung would rather see her daughter give up her fencing ambitions.

Desperate, Hee-do endeavours to get herself expelled from her school and thus automatically transferred, which sets the stage for several uproarious attempts to be deliberately caught red-handed.

One of these finds her trying to insert herself into a girl gang fight after calling the cops. Things get real when a young man starts attacking a girl and Hee-do jumps to the rescue as she stands en garde with her umbrella and gives him what for.

The cops arrive to break up the fight but they brush past the too eager Hee-do, who makes the crucial mistake of not running away.

Life for 22-year-old Back Yi-jin (Nam Joo-hyuk) is very different. He was the precious elder son of the family behind a successful business and an engineering student at the prestigious Yonsei University, but the crisis has put paid to all of that.

The business goes bankrupt and now Yi-jin lives in a small bedsit and works odd jobs as a delivery boy and comic-book-store manager while he tries to land a job at a company.

It’s on these delivery rounds and at the store that his life collides with Hee-do’s. Their first heated exchange is sparked when he tosses a newspaper into Hee-do’s garden and inadvertently snaps off the phallus of a copy of the Manneken Pis – a bronze fountain sculpture in Brussels, Belgium, of a urinating boy.

Their relationship takes a more serious turn when they cross paths again at a nightclub during one of Hee-do’s attempts to get booted out of school. Yi-jin drags her out and convinces her to abandon her scheme.

Taking the advice to heart, Hee-do confronts her mother and earnestly asks to be transferred. In this powerful scene, which escalates when Jae-kyung rips up one of Hee-do’s rented comics, Hee-do’s strained relationship with her mother, a successful television anchor, is beautifully rendered.

South Korea’s whirlwind modern history is full of traumatic episodes, and part of the reason why the country’s entertainment industry has been so successful has been its ability to process that pain. Poignant historical dramas and darkly allegorical modern tales are fixtures in multiplexes and television schedules but, every so often, a crowd-pleaser comes around alluding to that suffering while also being life-affirming. 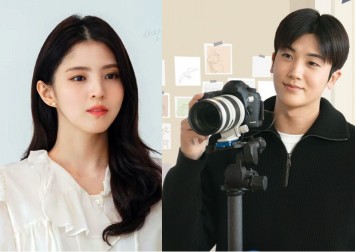 From the very first episode, Twenty-Five Twenty-One is engaging, effervescent and emotional. It balances mirth and misery, drawing us in with its bright and rich tapestry, woven together from the ups and downs of life.

At the heart of it all is a show-stopping turn from Kim Tae-ri, whose pitch perfect comic sensibilities and effortless charm cement this as the year’s first K-drama delight.

Nam Joo-hyuk, though given less to do in the opening brace of episodes, carries the emotional side of the story, while the supporting cast features several other stand-outs, including Kim Hye-eun as Hee-do’s charismatic new fencing coach Yang Chan-mi.

Twenty-Five Twenty-One is streaming on Netflix.