New action-packed Korean drama Doctors may be hotter than DOTS 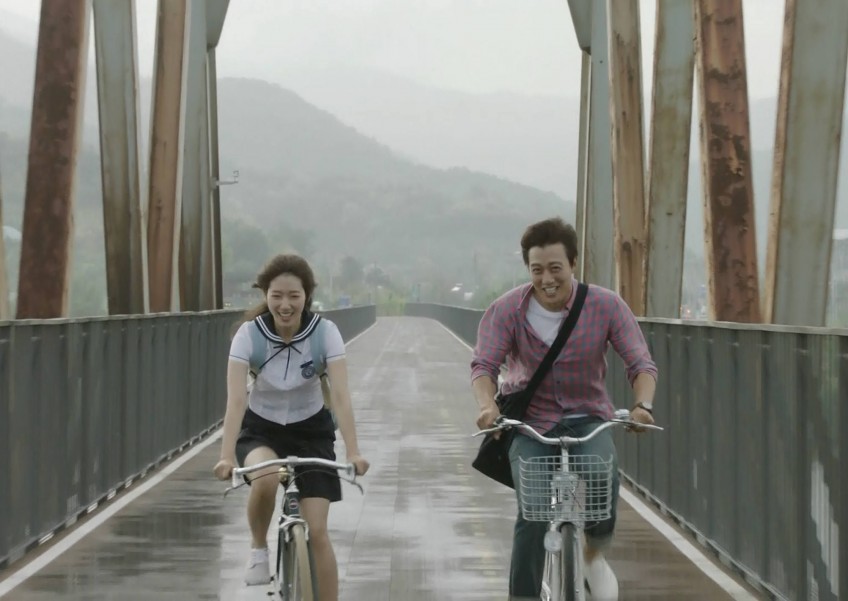 Yoo Hye-jung (Park Shin-hye), left, and Hong Ji-hong (Kim Rae-won), right, cycle together after the rain in a scene in Doctors.
Handout

Just as the sun is setting on the Descendants Of The Sun (DOTS) phenom, another hot new Korean drama is poised to take its place as the next Hallyu torchbearer.

Doctors, now airing in South Korea, has already raked in 19.2 per cent in ratings and is set to hit the 20 per cent milestone in the coming week.

Doctors is a medical romance-drama between gangster-turned-doctor Yoo Hye Jung (Park Shin Hye) and her ex-teacher-turned-boss Hong Ji Hong (Kim Rae Won), as they deal with office politics and scars from the past.

So what exactly is driving its popularity in Korea? Here are four things that are making Doctors a better watch than DOTS...

The unpretentious central romance is couched in a bigger arc, as Hong, rightful heir of the hospital, prevents a takeover by greedy doctors, while Yoo uncovers the cause of her grandmother's death in the hospital 13 years ago.

DOTS' popularity was boosted by its phenomenally good-looking cast, but it also featured an abysmal script.

This is unlike Doctors' compelling plot, which does not pack too much in nor pretend to be more than what it is. And it is definitely not a fluffy, fairy tale whirlwind romance taking place during a humanitarian mission in a fictional war-torn nation.

The 26-year-old actress first caught international viewers' attention through the 2013 Korean drama Heirs, where she played a maid's daughter who spends around 20 episodes or so rejecting the love of her mother's employer on the basis of status difference.

In Doctors, however, Park does a complete reversal.

She is headstrong, does not let injustice slide and tackles gangsters to the ground - with no stunt double.

At a press conference last month, she said that the character Yoo is unlike any she has played before.

It looks like Park has finally stopped being typecast as the passive, lovelorn heroine. Bonus points for being infinitely less whiny than DOTS' female lead Song Hye Kyo.

How often do viewers of a Korean drama relate to and root for the female lead's rival, in this case, jealous Jin Seo Woo (Lee Sung Kyung)?

This is drastically different from DOTS, which turned antagonists into caricatures that everyone loves to hate - foreigners of unknown nationality, evil simply because they innately are, complete with terrible acting.

In Doctors, Jin watches Yoo effortlessly taking all the things the former worked for, before getting back at her.

Thankfully, writer Ha Myung Hee developed her backstory and her resulting personality, that of a sheltered woman whose parents made her hyper-aware of her initial headstart in life.

The age gap between the two leads could have caused Kim to come across as a creepy old uncle, but the 35-year-old's acting skill made him more like a protective oppa (big brother).

His Hong is assertive, but does not push Yoo around, guiding her while giving her room for her own self-improvement.

Most importantly, he delivers cheesy lines like no one else can. DOTS' lover-boy Song Joong Ki needs to take notes.

FROM SOLDIER TO DOCTOR

Actors know that they need a bit of luck to score solid roles and enjoy adoration from their audience.

This year alone, the boyish-faced 26-year-old has been in not one but two hit TV series.

"I am so lucky because my experiences on both shows have been great," Kim told The New Paper in an e-mail interview.

"After DOTS aired, I realise I have gained a lot of international fans on Instagram.

"I am very grateful for all their encouraging words, written in different languages. Their encouragement has helped me through long, tiring days."

Kim, who made his acting debut in the 2012 coming-of-age high school drama Shut Up Flower Boy Band, added that after the success of DOTS, there were times when people on the streets of Seoul would recognise him and call out his character's name excitedly.

"I get that especially from ajummas (aunties in Korean)," he said.

Doctors, which is close on the heels of DOTS in viewership figures, looks set to be the next big drama of 2016.

For Kim, Doctors allowed him to mature as an actor.

"I didn't have a lot of screen time in DOTS and everything was less rushed because we filmed it in advanced," he said.

"Doctors gave me an opportunity to grow my character. Even though we are filming it as the drama airs, our script and our production quality is outstanding.

"Because of the time we spent together, the cast members have bonded well."

Kim, who said that he watched other medical-themed dramas such as Good Doctor (2013) and Yong-pal (2015) as research for his role, had nothing but praise for Doctors' lead stars Park and Kim Rae Won.

"So I think it's very refreshing for me, as well as the audience, to see him (in such a cheerful role) in Doctors," he said.

"As for Shin Hye noona (elder sister in Korean), she is very kind and generous. Her fight scenes are so good. We are all very impressed by her."

This article was first published on July 18, 2016.
Get The New Paper for more stories.