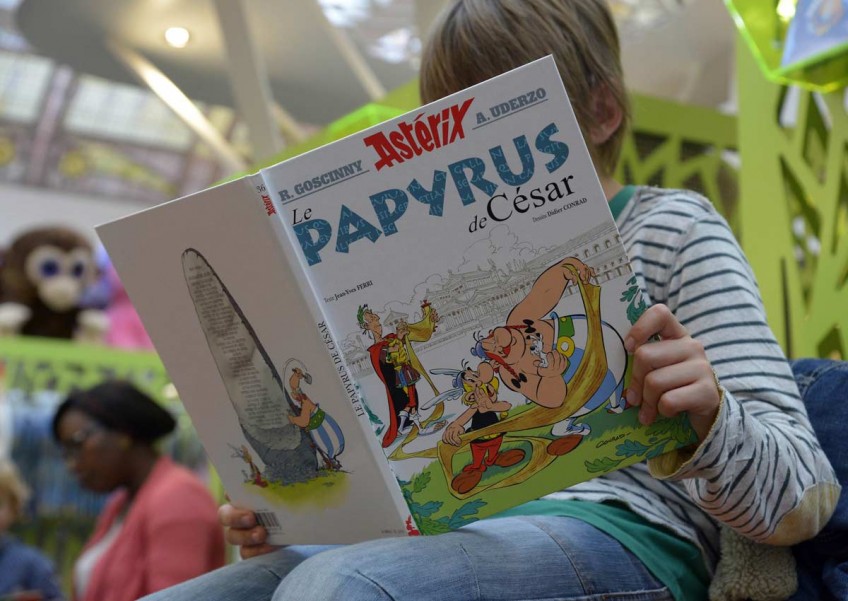 A child reads the new Asterix album, "Asterix and the missing scroll" (Le Papyrus de Cesar"), on October 22, 2015 in Paris, on the day of its release.
AFP

PARIS - A small group of loyal fans braved the Paris autumn chill to get their hands on the new "Asterix and Obelix" comic book released on Thursday.

The 36th edition of the much-loved series sees the yellow-moustached Gaul Asterix and his sidekick Obelix fighting their Roman foes in a propaganda war alongside a character inspired by WikiLeaks founder Julian Assange.

The book is the second to be written by writer Jean-Yves Ferri and illustrator Didier Conrad, who took over from original co-creators Albert Uderzo and Rene Goscinny.

"It reminds me of my childhood memories," fan Franck Beget said at the midnight launch. "It is really a cult series."