As summer turns to autumn and K-pop’s year-end awards and festival season begins, many high-profile K-pop acts are releasing new music to end the year with a bang.

September is already gearing up to be one of the biggest for K-pop releases this year, despite a slowdown this week ahead of the weekend’s Mid-Autumn Festival, known as Chuseok in South Korea.

That means there is only one high-profile release this week: Jackson Wang of Got7’s Magic Man EP, which will drop on Sept 9.

But the holiday break will herald a busy rest of the month, with October similarly full of highly anticipated releases.

Sept 16 is a day that all K-pop watchers have an eye on: Blackpink’s long-awaited second album, Born Pink, will arrive fronted by the single Shut Up, following August’s first release off the album, Pink Venom.

Read Also
New K-pop releases: What to make of tracks by Twice, Seventeen, IVE, others 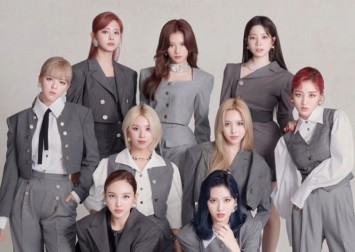 The same day, NCT 127 will release their fourth album, the fast-and-furious-feeling 2 Baddies.

K-pop rockers The Rose will also return on the 16th – united after several years apart but now doing things on their own terms – with the release of the single “Childhood”, ahead of October’s arrival of their new album Heal.

On Sept 19, new JYP Entertainment girl group Nmixx release their second single Dice, while on Sept 21, Jay B of Got7 will release his second solo EP, Be Yourself.

Exo’s Xiumin will release his first solo album, Brand New, on Sept 26, joining several of the boy band’s members who have branched out into solo projects.

For October, Stray Kids and Treasure have confirmed album releases early in the month, while Red Velvet’s Seulgi, Dreamcatcher, and Baekho of Nu’Est are all reported to also be releasing new music.

Rising rookie girl group Le Sserafim are rumoured to be releasing their second album in October after debuting earlier this year, though nothing has been confirmed yet.