No more Spider-Man in the MCU? Marvel Studios and Sony split over superhero deal

Spider-Man could leave the Marvel Cinematic Universe (MCU), after news emerged that Disney-owned Marvel Studios could be leaving the cross-studio partnership with Sony Pictures that allowed Spidey to appear in the MCU.

Deadline reported on Tuesday that there has been a disagreement between Disney and Sony over the profit-sharing structure. If this is true and no more negotiations are to be held, then Marvel Studios president Kevin Feige will effectively no longer be producing any Spider-Man-related content in the future.

What this essentially means is that Spider-Man could potentially leave the MCU altogether, leaving the franchise without one of its biggest names. While this is undoubtedly a huge blow to fans of the MCU (which already 'retired' Iron Man and Captain America in Avengers: Endgame), Marvel Studios has thrived without Spidey before, and will undoubtedly continue to do so without the web-slinger.

The question now is, can Sony replicate the same kind of success that the character managed to get as part of the MCU. Its last two pre-MCU movies - The Amazing Spider-Man and The Amazing Spider-Man 2, both starring Andrew Garfield as Peter Parker - were reasonably successful in their own right, each earning over US$700mil (S$970 mil).

However, the movies made after Marvel and Sony made the deal to allow Spidey into the MCU have far surpassed those numbers. Spider-Man: Homecoming earned US$880mil worldwide, and Spider-Man: Far From Home recently became the first Spidey movie to cross the US$1bil mark, effectively making it Sony's biggest movie of all time.

Read Also
Why do they keep making Spider-Man movies? 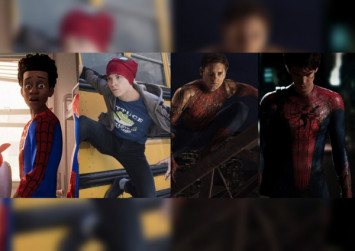 Last year's animated Spider-Man: Into The Spider-Verse was also a huge success, earning US$375mil and winning the Best Animated Feature Academy Award as well. This could also be a factor in Sony deciding that it can now continue to make good Spider-Man movies without the help of the MCU.

While this is undoubtedly a sad state of affairs, we hope that this decision isn't final, and that both studios would be able to come to an agreement eventually.