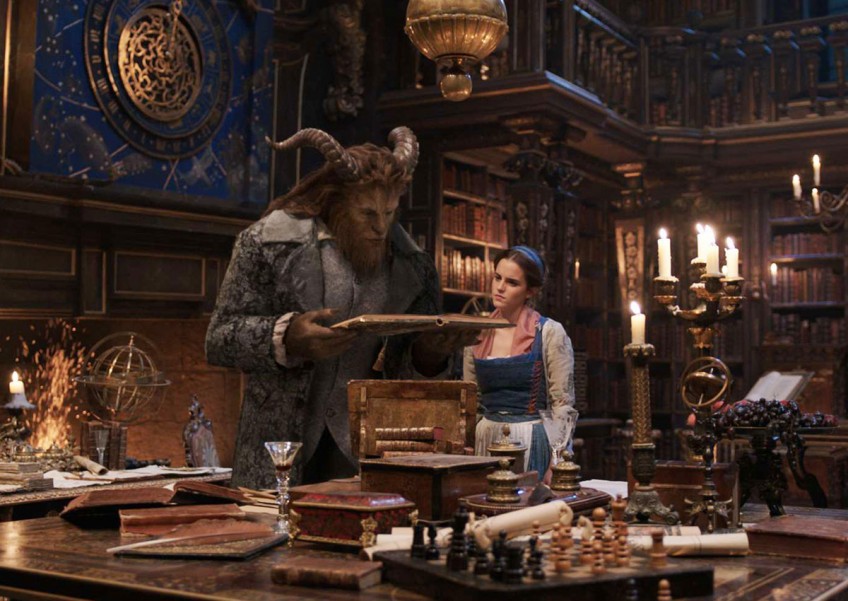 Emma Watson as Belle and Dan Stevens as Beast in Beauty And The Beast.
The Walt Disney Company

This film has issues, even without a publicity generating gay elephant in the room.

The live-action remake of the beloved animation disappoints on a number of levels - not least the muddled sound.

It is so orchestra-heavy, the vocals are often drowned out. The only word I could make out from the opening cacophony was "Belle".

Even the incidental music is layered on too thick, like a child given free rein of the chocolate spread.

But truly baffling is why the CGI for the Beast is so poor. At times, it would have been more convincing for Watson to act with the 1991 animated version.

It is confusing because otherwise, the look of the film is stupendous.

This is old-school Hollywood lavish.

The Beast's castle is stunning and the animated furniture looks great. In some scenes, you can almost feel the wonder.

There are also aspects that make little sense, but as this is a fairy tale about finding love through Stockholm syndrome, you have to let some things pass.

While Watson has to carry much of the film, it would have been a real slog if it were not for Evans stealing the show as town bully Gaston.

It is a shame they did not cast him as the Beast - Stevens lacks presence as both Beast and the (supposedly) handsome prince.

But let us get to the character behind the fury - Gad's LeFou, a sidekick who idolises his best pal Gaston.

He is a sycophant. But at no point does he say he loves the guy. He's just the comic relief. A silliness. Not a world away from the 1991 cartoon version.

And that "gay moment" that has incensed so many? To call it a moment is like calling a minnow a whale.

Blink and you will miss it.

What were you expecting? This is Disney.

The irony, given the headlines, is that this remake is just too straight to stand out as its own beast.

Kids today may like it, but not in the way the all-grown-up kids loved the animation.

MOVIE: Beauty And The Beast

THE SKINNY: To save her father, town bookworm Belle (Watson) agrees to be taken prisoner by the fearsome Beast (Stevens) in his enchanted castle. There, she begins to fall for her captor. Meanwhile, self-obsessed hunter Gaston (Evans) wants to take Belle as his bride. Singing abounds.