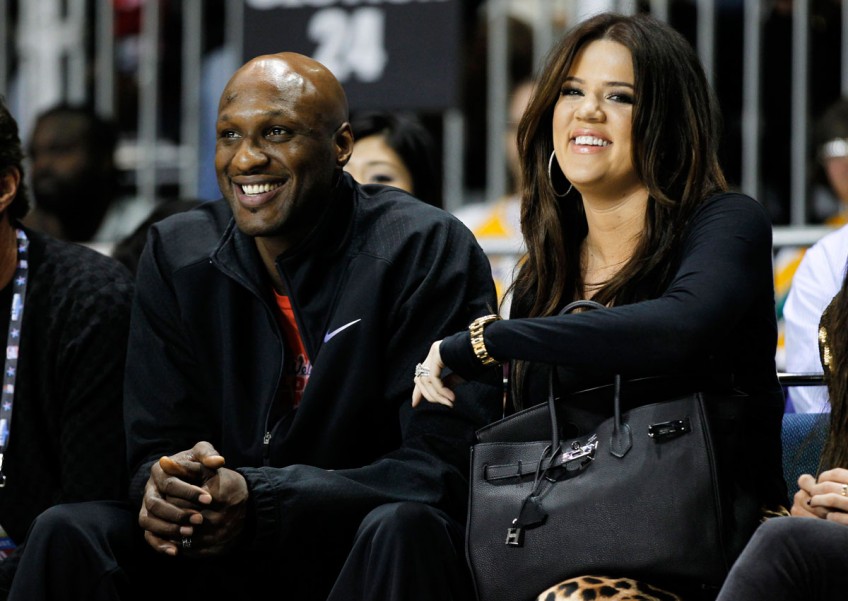 The 35-year-old remained in the intensive care unit at Sunrise Hospital with serious medical concerns. But E! News, without citing its source, reported on its website that Odom had shown he could swallow - a sign of neurological function - and had been helped out of bed and into a chair for the first time since he was admitted on Tuesday night.

Odom regained consciousness on Friday and offered his first words since he was found unconscious at the Love Ranch brothel outside Las Vegas on Tuesday.

Nye County Sheriff Sharon Wehrly has said officers who responded to an emergency call were told Odom had used cocaine and sexual performance enhancer supplements in a multi-day stay at the brothel.

Amid reports of brain damage or other organ failure, hospital officials have declined to comment on Odom's condition.

There has been an outpouring of support from Odom's former NBA teammates and his estranged wife Khloe Kardashian has been at his side.

Odom won NBA titles with the Los Angeles Lakers in 2009 and 2010 and married Kardashian in 2009 in a splashy televised wedding.

His connection to the celebrity Kardashian clan widened his fame, and while she filed for divorce in 2013 the split has reportedly never been finalized.