One Championship: Angela Lee sorry for Xiong Jingnan defeat - 'I didn't have anything left in the tank'

Angela Lee is on the defensive against China’s Xiong Jingnan in One Championship: A New Era in Tokyo.

Angela Lee has apologised for her defeat by Xiong Jingnan in Sunday's One Championship strawweight title fight in Tokyo - and promised to come back stronger.

The 22-year-old One atomweight champion was finished by body blows in the fifth round after the Chinese "Panda" somehow refused to submit while Lee had her locked in a lengthy and deep arm bar in the fourth round.

Lee did not attend the post-fight press conference but finally broke her silence on social media.

"I'm sorry I couldn't accomplish my goal last night. I put it all on the line and gave it all I had in that 4th round, trying to finish her with the triangle/armbar. When it came to the 5th round, I just didn't have anything left in the tank. No excuses," Lee, who fell to her first career defeat, wrote in a Facebook post on Monday afternoon.

It was a brutal battle at Tokyo's Ryogoku Sumo Hall - Xiong's face was covered in bruises as she soaked up the adulation of fans in the lobby of Shinagawa's Grand Prince Hotel hours after the fight. 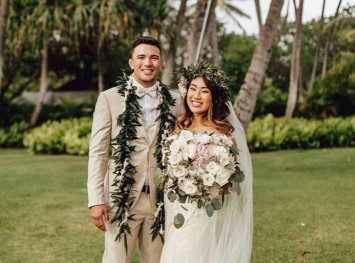 "I hope everyone was entertained by this fight," Lee said. "I promise to learn from this and come back stronger. Defeat is a mindset and I choose to remain strong."

One CEO and founder Chatri Sityodtong said Xiong could next move down to atomweight to challenge Lee for her title.

"'Sometimes we don't get what we want. Even on our best days we can face defeat. But there's always tomorrow after we have done our best today.' This is just one of the many messages that I woke up to today and I want to thank you all so much, for your love and support. This message was sent to me from my grandma and it really touched me.

"If life is a series of challenges and lessons, then this is definitely one of them.

"Even though things didn't go as planned, I would like to thank Chatri Sityodtng [One Championship chairman and founder] for giving me this opportunity to fight for a second division world title. It was also an honour to fight on a massive event like 'A New Era'. Thank you to all the people I work with in One Championship who are there with a handshake or a hug regardless of the outcome. Thank you to everyone who was supporting me, I love you all.

"Japan, you are amazing and I hope to come back to this beautiful country and fight again."