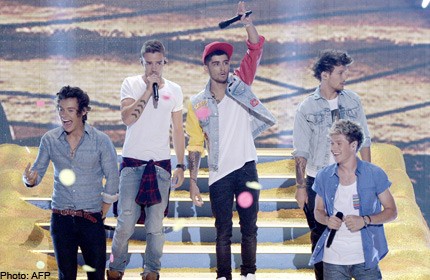 Fans of English-Irish boy band One Direction were left outraged by an hour-long Channel 4 documentary that explored the relationship between them and their idols, including fan-fiction fantasies, hotel stalking and death threats. It was aired last week in the UK.

The fanbase took to Twitter to state how angry they were about being portrayed as obsessive.

One Direction member Liam Payne, 19, tweeted in response that fans should ignore the documentary, titled Crazy About One Direction and that "they should be proud".