Out of the closet and moving on 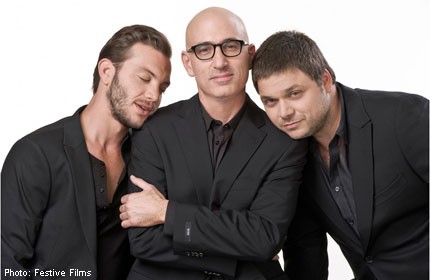 Born in New York City but raised in Jerusalem, it's little wonder that Eytan Fox is used to being an outsider.

"Being a migrant gives you a different point of view - my family didn't speak Hebrew and our world was very American," says the Tel Aviv-based director, whose film Yossi is currently playing. "It made me look at the Israeli culture very differently."

It didn't help that the now-openly-gay filmmaker's sexuality made things more difficult for him when he had to hide in the closet while growing up.

That was until he found a therapeutic outlet through his art. Fox made his debut in 1990 with Time Off, a 45-minute gay drama set in the Israeli army that was based on his own real-life experience about falling in love with an officer during his military days.

It won the first prize at the Munich international student film festival.

He turned into a household name when his first full-length, the rom-com Song of the Siren, became the biggest box office hit of 1994 in Israel but his international breakthrough came through Yossi and Jagger in 2002.

The 48-year-old's new film, Yossi, which is the sequel to that critically-acclaimed gay drama has since gained cult status around the world.

It picks up from the last film as the titular character, a closeted gay cardiologist, played by Ohad Knoller from the original, tries to move on with life after the death of his lover.

Although the first part was never shown in Singapore, Fox says there's no need to watch it to understand the sequel.

He adds it was important for him to revisit a film he made about a decade ago and "update" the story because it reflects how Israel has also transformed from being a society with a deep-seated culture of machismo to one that now embraces homosexuality.

"I wanted to show the world has changed and Israel has changed... There are (also) different points of my life where I re-evaluate myself," he explains. "Yossi has come out his victim mould and I wanted to start the healing process."

But there are other things in Fox's works that would never change - "All my films are about my life - coming out of the closet and struggling with success," he says.

So even though his latest film, Cupcakes, a light-hearted feel-good comedy about five women's journey through a Eurovision-like singing competition doesn't sound like something he's used to doing, Fox says that allows him to explore a different part of his soul.

"I want to deal with other stuff but there will always be a gay character in my film because that's me!"