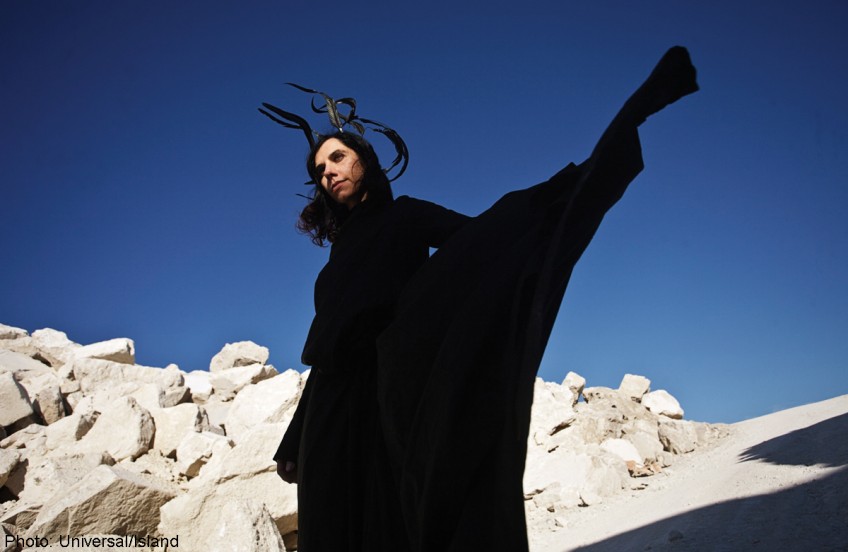 LONDON - British singer PJ Harvey is to record her ninth studio album in public, the two-time Mercury Prize-winner announced on Friday, turning the recording process into an art installation.

The 45-year-old musician will spend four weeks working on the album at Somerset House on the River Thames in London, with the public able to watch from behind one-way mirrored glass.

The project, entitled "Recording in Progress", will take place in what used to be the staff gymnasium of the Inland Revenue tax collection department.

"I want 'Recording in Progress' to operate as if we're an exhibition in a gallery. I hope visitors will be able to experience the flow and energy of the recording process," Harvey said.

Visitors will pay up to ￡15 (S$30.60) for a 45-minute slot to watch the sessions as Harvey and her band work on tracks between January 16 and February 14.

It will be the multi-instrumentalist's first album since "Let England Shake" (2011), which won her the Mercury Prize for the best British or Irish album for a record second time.