Playing for a cause 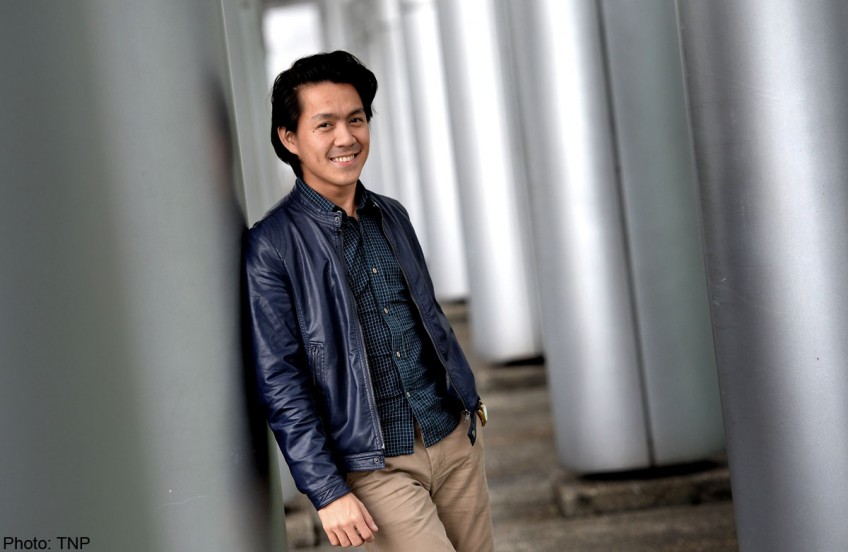 A serious traffic accident in May last year left him wondering if he would be paralysed for life.

Doctors told Mr Sebastian Soong, 26, that the fracture in his spine was so bad that there was a high chance his nerves would be affected, and he would lose all body mobility.

Against the odds, he returned to his normal routine five months after the accident.

So he decided to make the most of his second lease of life by making a difference in the lives of others.

On Friday, the owner of a photography business will be fulfilling his long-time dream of organising a vocal music concert, with the help of six other volunteers. (See report, above.)

He will be donating the proceeds from ticket sales to non-profit home hospice care provider HCA Hospice Care and its paediatric palliative arm, Star PALS.

The donation will help improve the quality of life for children with life-threatening or life-limiting conditions.

Recalling the accident that almost cost him his life, he said he was travelling to his office on his motorcycle when a car hit him.

"I ended up on the ground, bleeding near the divider. My helmet was badly dented and I remember being in a lot of pain.

In February, the driver pleaded guilty to inconsiderate driving.

Although he was still able to walk immediately after the accident, his doctor made him wear a neck brace after an X-ray scan showed the severity of his condition.

He was instructed to watch out for any loss of feeling in his limbs for three days after the accident.

He said: "The three days were very traumatic. I couldn't sleep. I kept moving my fingers (to check for feeling). Sometimes, I felt as though I was losing my senses, though it could be psychological."

Crossing the three-day mark without losing feeling in his limbs was little cause for rejoicing.

He could not take a shower for two months after that, as it was deemed too risky to remove his neck brace.

He said: "One day, I couldn't take it any more. I was depressed and I begged my doctor to let me bathe.

"But he warned that I had to make sure I didn't move my neck at all as the bone could break and I could be paralysed. I was that fragile."

Although the shower took 45 minutes, it "felt so good". Said Mr Soong: "I realised that our existence is very temporary - you can go any time. I could have gone then."

Said Mr Soong, who will be performing several numbers on his keyboards at the concert: "I've always wanted to hold a concert - not for myself but to give local musicians a platform to perform and to give back to society."

The entire experience also made him more grateful to his parents, who were initially against him riding a motorcycle.

"When this accident happened, I felt like I had let them down. But they did not scold me despite what happened," he said.

He said about 10 beneficiaries and their family members will be attending the concert, adding: "Charity funds from this inaugural concert will definitely bring our novel programme that supports children living with life limiting conditions to even greater heights."

'Voices' concert by Music Gives Back

Local musicians like Amanda Tee and Cyril Toh, and the ESO Symphony Orchestra

This article was first published on December 24, 2014.
Get The New Paper for more stories.