Seungri, a member of South Korean K-pop band Big Bang, arrives to be questioned over a sex bribery case at the Seoul Metropolitan Police Agency in Seoul, South Korea.

The senior superintendent, who worked as superintendent at the Gangnam Police Station, is suspected of pulling strings for the nightclub Burning Sun, where Seungri was an executive, to help its management avoid punishment for illegal acts.

Seungri was questioned over allegations of procuring escort services for potential investors and Jung on charges of secretly filming encounters with women he had slept with and sharing the footage in the online group chat room.

In the embattled chat room, a "police commissioner" was mentioned. 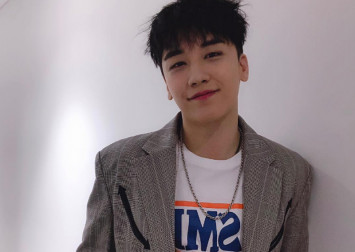 While interrogating the CEO of Yuri Holdings, a business partner of Seungri identified only by his surname Yoo, police reportedly secured testimony that the police official involved is a senior superintendent.

The police plan to question Choi as early as Saturday as part of the probe.

"I saw Yoo talking to the police commissioner, it was awesome," Kim said according to KakaoTalk messages that were reconstructed and reported in local media.

Separately, on Friday a Seoul court held a hearing to review whether to arrest a former police officer, surnamed Kim, who is suspected of taking bribes from Burning Sun for overlooking the fact that it served underage customers.