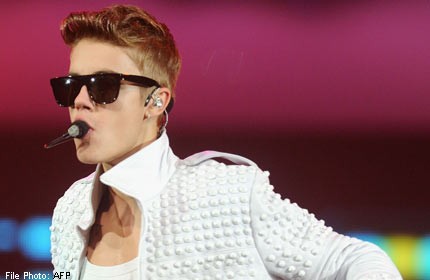 Justin Bieber performs at the Barclays Center on August 2, 2013 in the Brooklyn borough of New York.

UNITED STATES - He has been making headlines for his bad and bizarre behaviour of late, but Justin Bieber proved he still has a good head on his shoulders when it comes to charity.

The 19-year-old Canadian pop star has granted the 200th wish for the Make A Wish Foundation - and in the process made history for being reportedly the first to do so - after meeting a sick fan backstage at a recent concert in Atlanta, Georgia.

Eight-year-old Annalysha Brown-Rafanan, who suffers from a life-threatening liver condition, met her idol on the last night of Bieber's North American leg of his Believe tour.