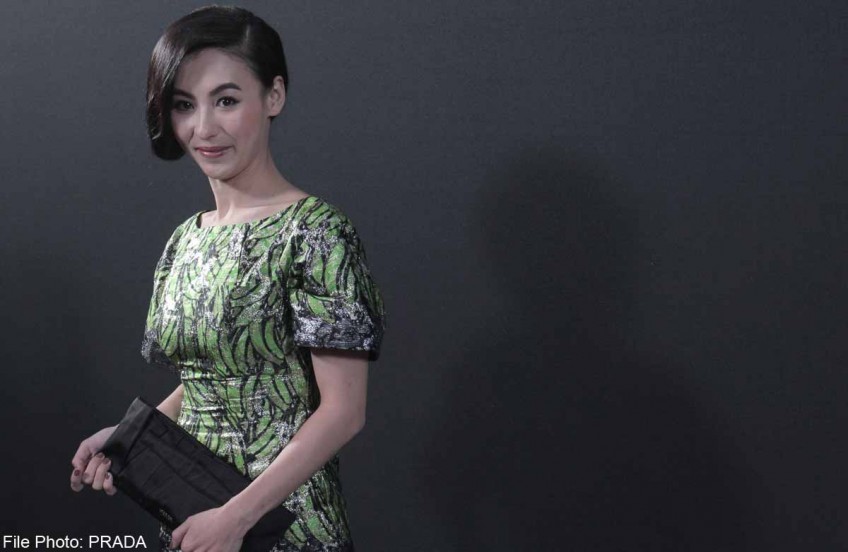 BEIJING - She came and went from the set in China as she pleased, and expected to be filmed even if it was not her turn.

But the last straw was when actress Cecilia Cheung did not emerge from a lounge to shoot a scene for Legend Of The Gods and a director considered begging her, producer Tiffany Chen said.

"So we made this decision - discard her for another actor," Chen told Sina website.

Her interview was published on Wednesday evening, two days after her husband, producer Charles Heung, said he had dismissed Cheung from the movie and replaced her with Chinese actor Wen Zhang in the role of Nezha, the deity typically depicted as a boy.

Also on Wednesday, Cheung said in a statement: "I have great respect for all of Mr Heung's decisions. Mrs Heung has said she sees me as a daughter, so I hope they won't be so angry."

She said she would always be grateful to the couple, whom she described as "my family", but added that, with regard to her departure from the film, there might have been "a misunderstanding on both sides".

However, Chen fired back at Cheung's suggestion.

The producer said in a statement on Wednesday: "This is definitely not a misunderstanding. The production department has worked with me for more than 20 years. They would not send me the wrong information."

She noted that the actress had sent a cheque for HK$1.95 million (S$349,000), the salary issued by the Heungs' company China Star in November last year. Filming for the movie has been going on for more than two months, and stars Jet Li and Tony Leung Ka Fai as well.

In the interview, Chen said she had given Cheung the job out of compassion, after the actress cried last year over her former husband, actor Nicholas Tse, getting back together with singer Faye Wong.

Cheung also admitted her past mistakes in her career, Chen said. "I thought I should give her another chance," the producer told Sina. "Actually, I'd been fooled. She's a Best Actress winner, after all."

She accused the star of wilfulness, among other things. "If she wanted to come today, she would. If she wanted to go back to Singapore, she would," whether or not she had been scheduled to shoot a scene, Chen said.

She said Cheung was in a bad mood after the Chinese New Year break and would be unhappy whenever another star was also filming.

According to her, Cheung was polite to Huang Xiaoming and Louis Koo on set, but would complain to the producers and directors, saying things such as: "Why aren't you shooting my scenes? It's because Huang Xiaoming is a bigger shot, more popular, more awesome, isn't it?"