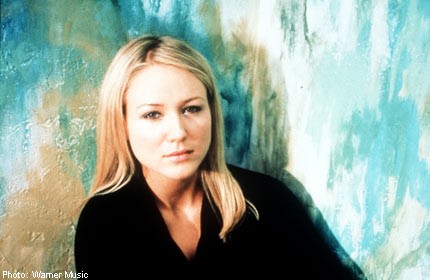 Jewel tells My Paper about her experience in the television biopic.

Why did you decide to take on the role?

I was excited by the opportunity because I am a fan of June. She was a very creative and dynamic woman who was underestimated as being merely the wife of Johnny Cash.

We were raised by hillbillies - I think - both raised in musical families. Comedy and humour have been a big part of my life and (in) overcoming hardship. I think they were a big part of June's life (too).

There were also many differences.

To really transform, I had to make sure that Jewel the singer disappeared, and that June was the only person on the screen.

How do you feel about being compared to Reese Witherspoon's performance in Walk The Line (2005)?

I love Reese's performance (as June).

I don't see our performances as competing.

I think she set a high standard and I knew I had to do well, but, then again, I enjoy that kind of pressure and, hopefully, people will be able to enjoy my performance.

How did you find the singing aspects of the movie?

She had an alto, more of a natural soprano. She had a different vibrato from me and a completely different tone.

I wanted to try and sing like her, so I don't sound like myself in the movie. The thing I found most difficult was singing in character...for the singing scenes.

Other than reading Johnny Cash's book, Anchored In Love, what kind of research did you have to do for the role?

I did a lot of research, reading everything that I could. I spoke with people in Nashville whom I know, who also knew them.

I also spoke with their son, John Carter Cash...for what memory he had of his mother and how he would like her to be remembered.

I also watched a lot of tapes and listened to a lot of audio.

Will this role change your singing career?

I don't think so. Although sometimes

I know I sometimes use her phrases.

When you delve into a character so much, it almost feels like you become friends with them. They influence your mannerisms a little bit.

Could you tell us more about your other projects?

My second children's book, Sweet Dreams For You, will be coming out in the United States on Sept 17.

I have an album of greatest hits out right now, and I did a remake of Foolish Games with Kelly Clarkson. I also remade You Were Meant For Me with The Pistol Annies.

I'm about to be a judge on a singing competition called The Sing-Off, which is an a cappella singing show. And I have a Christmas record coming out this winter.

I have a two-year-old, so I have been trying to do projects that are easy, and a lot of these are kind of easy to juggle.