Reports of Aaron Aziz’s death is a hoax 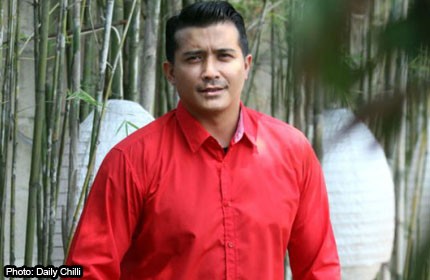 You know you've reached superstar status when you're the subject of a celebrity death hoax. Dwayne "The Rock" Johnson, Jackie Chan, Jon Bon Jovi, Morgan Freeman, Russell Crowe, Usher, even Bill Nye "The Science Guy" have all been victims of the premature obituary.

Now, Aaron Aziz has come back from the dead to say that reports of his death was an exaggeration. His wife Diyana Halik had to go on Facebook to deny rumours that her husband was in a fatal accident in Switzerland.

A reporter on Global Associated News wrote: "The actor and novice snowboarder was vacationing at the Zermatt ski resort in Zermatt, Switzerland with family and friends. Witnesses indicate that Aaron Aziz lost control of his snowboard and struck a tree at a high rate of speed.

"Aaron Aziz was air lifted by sky patrol teams to a local hospital. However, it is believed that the actor died instantly from the impact of the crash. The actor was wearing a helmet at the time of the accident and drugs and alcohol do not appear to have played any part in his death."

Diyana told worried fans that Aaron, 37, was alive and kicking and nowhere near the European Alps. He was, in fact, shooting episodes of Fear Factor Malaysia 2 in South Africa.

"I just read this news and was shocked because my husband is currently in Cape Town and not in Switzerland. I have already spoken with him. He's just sleeping right now," she said.

The Singaporean actor did suffer an injury though even before he got on the plane to Africa. He was treated at Prince Court Medical Centre in KL for a joint pain in the neck.

[[nid:50359]]
SUBSCRIBE TO OUR NEWSLETTER
Your daily good stuff - AsiaOne stories delivered straight to your inbox