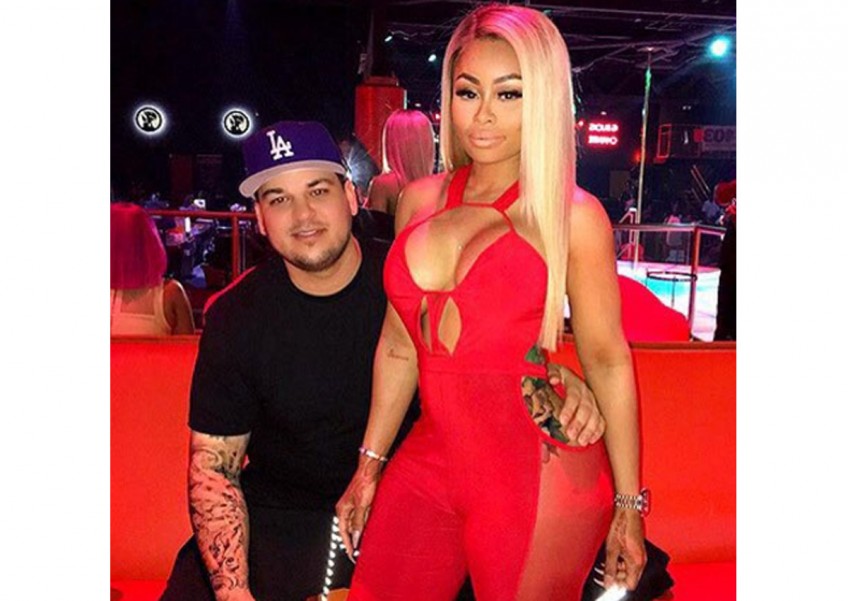 Last night and out of the blue, Robert Kardashian posted a series of photos and videos accusing Blac Chyna of nasty things including cheating and using him for money for her post-pregnancy surgery.

He even posted photos of the man Chyna allegedly cheated with and a video of Chyna being intimate with someone among other lewd photos of her which he claims she sent to him.

In one post, Rob even said, "I never want my daughter to be raised by a woman like Chyna who cheats and does drugs and alcohol with my baby in the house."

Besides, Robert seems to be deadset on forwading his twisted cause as he has taken his rants, photos, and videos to Twitter. (Do you hear that sound? Sorry, that's my phone taking another set of screencaps.)

According to The Los Angeles Times, Robert could get into trouble with California law for his actions.

For whatever reason Rob is going at it against Chyna, it's just wrong to post compromising photos of her without her permission.

It's outright misogynistic and a display of Robert's immaturity and fragile masculinity.

Also, it's a damaging act between two people who have a baby together.

This also doesn't look good on top of how Chyna has accused Robert of beating her.

Quickly, the Internet has reacted to Robert's action and this will surely be the stuff of news, fuelled by reactions (or even non-reactions) from Robert's family and Blac Chyna.

And this is why we're also giving a side-eye to Rob as this looks like another publicity stunt to keep the family name in good attention stock.

Hey, Robert, here's an idea: Why don't you take a page from your sisters and actually produce more nice things rather than taking other people down to keep your name relevant?