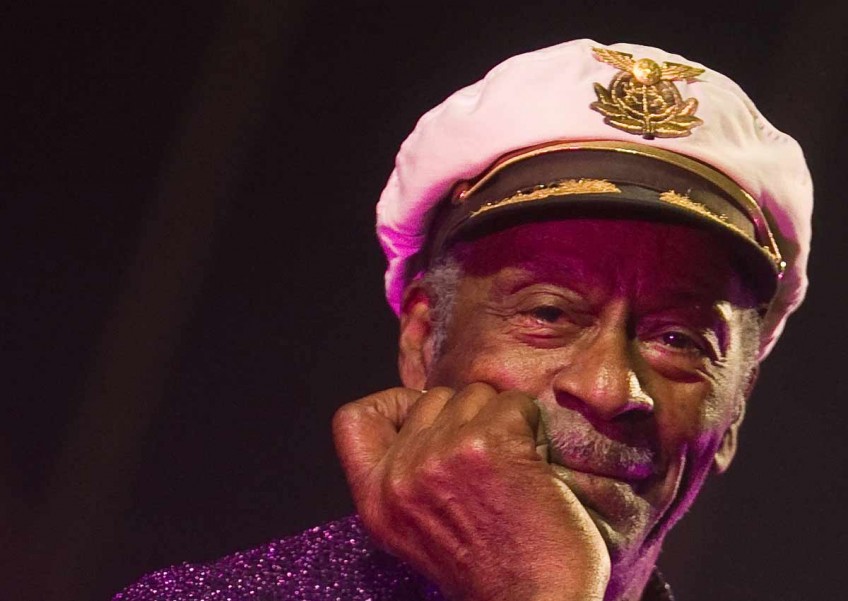 MISSOURI - Chuck Berry, who duck-walked his way into the pantheon of rock 'n' roll as one of its most influential guitarists and the creator of raucous anthems that defined its early sound and heartbeat, died on Saturday at his Missouri home. He was 90.

Although Elvis Presley was called the king of rock 'n' roll, that crown would have fit just as well on the carefully sculpted pompadour of Charles Edward Anderson Berry. He was present in rock's infancy in the 1950s and emerged as its first star guitarist and lyricist.

Berry-composed hits such as "Johnny B. Goode," "Roll Over Beethoven," "Sweet Little Sixteen," "Maybellene" and "Memphis"melded elements of blues, rockabilly and jazz into some of America's most timeless pop songs of the 20th century.

He was a monumental influence on just about any kid who picked up a guitar with rock star aspirations - Keith Richards, Paul McCartney, John Lennon and Bruce Springsteen among them.

Bob Dylan called Berry "the Shakespeare of rock 'n' roll," and he was one of the first popular acts to write as well as perform his own songs. They focused on youth, romance, cars and good times, with lyrics that were complex, humorous and sometimes a little raunchy.

Both the Beatles and the Rolling Stones, as well as the Beach Boys and scores of others acts - even Elvis - covered Berry's songs. "If you tried to give rock 'n' roll another name," Lennon once said, "you might call it 'Chuck Berry'."

When Richards inducted Berry into the Rock and Roll Hall of Fame in 1986, he said: "It's very difficult for me to talk about Chuck Berry because I've lifted every lick he ever played. This is the gentleman who started it all."

Berry, who marked his 90th birthday in 2016 by announcing he would release his first album in 38 years, listed T-Bone Walker, Carl Hogan of Louis Jordan's band and Charlie Christian from Benny Goodman's band as his guitar influences, but his lyrical style was all his own. Punchy wordplay and youth-oriented subject matter earned him the nickname "the eternal teenager"early in his career.

Berry came along at a time when much of the United States remained racially segregated, but it was hard for young audiences of any colour to resist a performer who delivered such a powerful beat with so much energy and showmanship.