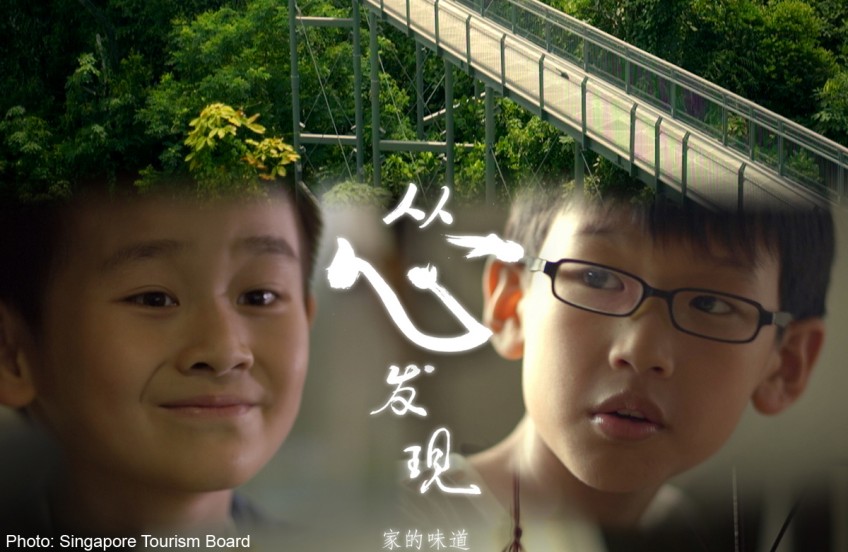 The movie will showcase Singapore's attractions through the eyes of two children - a Chinese and a Singaporean.

Helmed by Singapore director Royston Tan, a 10-minute movie commissioned by the Singapore Tourism Board (STB) will showcase the country's attractions through the eyes of two children - a Chinese and a Singaporean - as their friendship blossoms.

This will be the third micro-movie in China by the STB since 2013, and it is part of its marketing drive even as the number of Chinese tourists to the city-state slides.

The movie will be launched on Chinese video site Youku next week. This year's film is unlike previous ones where big-name stars headlined: Taiwanese actor Jimmy Lin and Chinese actress Tian Yuan featured in last year's micro movie, which garnered 10.4 million views in two months, while the first in 2013 starred Taiwanese actress Ariel Lin.

The 2013 film attracted 3.5 million views, the STB revealed last year, slightly more than a year after the film's initial launch.

Mr Edward Chew, STB's Greater China regional director, said at a media event yesterday that the idea of introducing Singapore through a child's eyes was fitting as it played on the Republic's strengths as a family destination with experiences that offer learning opportunities for all. The film, for instance, features attractions such as the Marine Life Park in Sentosa.

He also said: "We hope the next 25 years of Sino-Singapore ties can be like the previous 25... where good bilateral relations have been cemented." This year marks the 25th anniversary since ties between China and Singapore were established.

The latest marketing drive is also part of efforts to boost Chinese tourist numbers after they plunged 24 per cent last year, following the disappearance of Malaysia Airlines Flight MH370, and China clamping down on "zero-dollar" tours - cheap packages that included fees travellers were not told about upfront. To tackle the drop, Mr Chew said the agency will roll out a more aggressive marketing campaign in secondary cities like Fuzhou, Chongqing and Wuhan to raise Singapore's visibility.