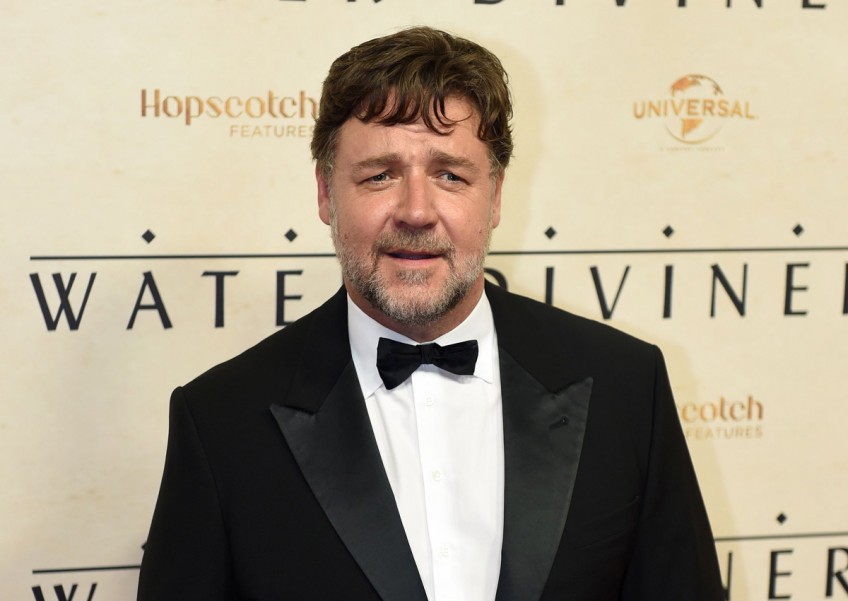 SYDNEY - Hollywood star Russell Crowe will chair a jury to decide the best Asian production at Australia's annual film awards this year, which will recognise excellence in Asian movie-making for the first time.

The new award for top Asian feature will be handed out at the prestigious Sydney bash in December, as appetite for regional films surges Down Under.

It is part of a plan by the Australian Academy for Film and Television Arts (AACTA) to boost the relationship between the nation's respected film industry and its closest neighbours.

"As the Asian screen industry continues to grow and the traditional borders to content distribution are breaking down, audiences across the world are discovering what other regions have to offer," said AACTA chief Damian Trewhella.

"There is strong audience demand for Asian cinema in Australia and an increase in co-productions between Western and Asian filmmakers.

"Our programme seeks to bring the best and the brightest from both regions to new audiences."

Australia's screen practitioners are also eyeing promotion in the booming Asian market, and Trewhella said the plan was to create more opportunities for collaboration.

According to the AACTA, the growing Chinese and Indian diaspora have had a substantial impact on Australian box office and cinema trends, along with those from South Korea, Japan and elsewhere in Asia.