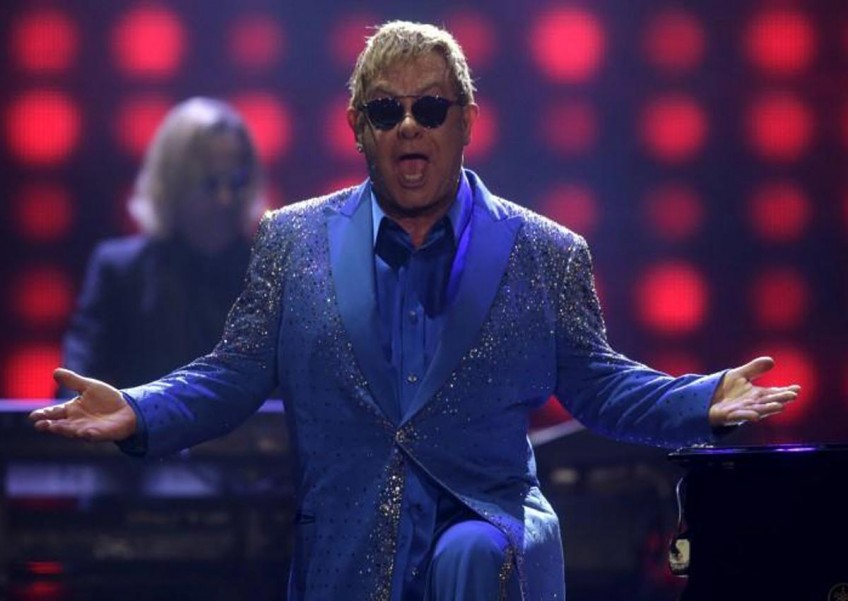 President Vladimir Putin phoned Elton John on Thursday to say he would be ready to meet up for a chat after the British singer requested a meeting to discuss his concerns about gay rights in Russia.

Putin's call came just a week after a pair of Russian comedians tricked John, 68, into thinking he was talking to Putin on the phone in a stunt that the entertainer laughed off, while saying he hoped it would highlight discrimination against gay people.

This time, Dmitry Peskov, Putin's spokesman, said the Russian leader really had phoned John, who has used his status as one of the world's most famous gay celebrities to push for equal rights for homosexuals around the world.

"Putin phoned him," Peskov told reporters. "He said: 'I know some guys played a trick on you on the phone, but don't get offended. They are harmless people, though that of course does not justify what they did.'"

Putin told John that since he was a popular performer he would be ready to meet him and discuss any subject which interested him, if their schedules coincided, Peskov said.

Western states and human rights activists have criticised Russia for its treatment of gay people, and John has previously spoken out against a 2013 law banning the dissemination of "gay propaganda" among young people.

Putin has said he is not prejudiced against gay people, but has made comments which activists have criticised as being ambiguous and insulting towards homosexuals.

John, who plays to vast audiences in Russia when he tours, could not immediately be reached for comment.

[[nid:76573]]
SUBSCRIBE TO OUR NEWSLETTER
Your daily good stuff - AsiaOne stories delivered straight to your inbox