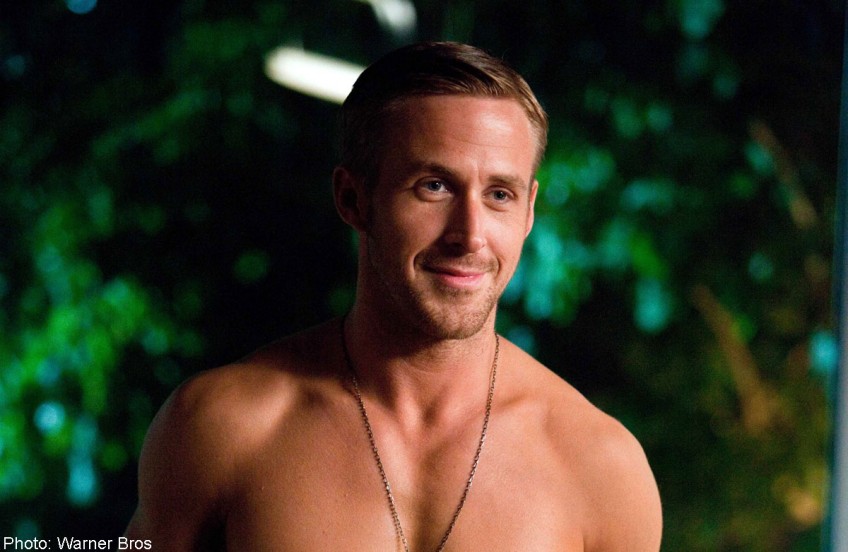 With the drop of a microphone, the actor dispels his Internet infamy, saying he never once uttered the phrase that made him a viral phenomenon.

"I understand if you're in a movie and you say something like 'I'll be back,' you own that. But I never said it," says Gosling while giggling with Mexican filmmaker Guillermo Del Toro at a panel conversation at South by Southwest (SXSW) Festival in Austin, Texas, on March 13.

While Del Toro was there to interview Gosling on his directorial debut Lost River, he managed to throw in cheeky references to the infatuation with Gosling that made him an online celebrity, such as his love for Disneyland, where he has been photographed on dates, riding rollercoasters.

On the Internet, photos of Gosling, known for roles in films such as The Notebook and Crazy Stupid Love, are captioned with quirky, romantic phrases beginning with "Hey Girl," one of the earliest memes to emerge in the social networking age.

Gosling, 34, responded to Del Toro's queries by blushing and hiding his face in embarrassment, and when Del Toro teased him for finally saying "Hey Girl" while telling a story about never having said the phrase, Gosling jokingly dropped the microphone on the floor and said that he was done with the interview.

Out in US theatres in April, Lost River sees Gosling step behind the camera for a script he penned - a surreal, dark fairytale set in Detroit, inspired by his childhood imaginations of America while growing up in Canada.

Much of the conversation was about the actor's process in writing and directing, and he candidly discussed working with a 4-year-old actor who shunned the camera. "When he saw the camera, he went the other way, so we had to approach him like nature photographers," says Gosling.

Gosling also compares acting to directing: "You do more acting as a director than you do as an actor, because you act confident. When everything's going south, you're always acting like it's not a problem."