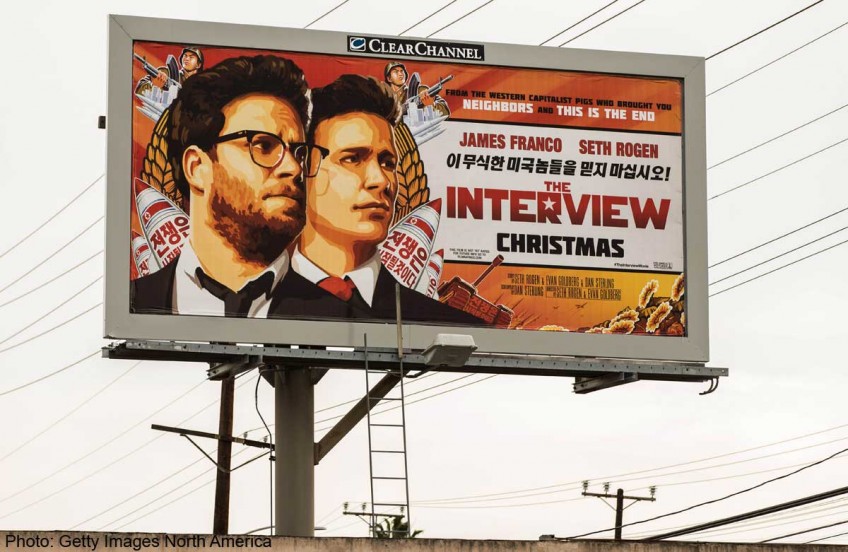 SEOUL - A South Korean activist said Thursday he plans to launch a series of balloons across the border into North Korea carrying copies of a film which has enraged its leadership.

Former defector Park Sang-Hak said the balloons would carry a total of 100,000 copies on DVDs and USB memory sticks of "The Interview", a comedy about a fictional plot to kill North Korean leader Kim Jong-Un.

The giant balloons, which are used by private groups in the South to float anti-regime material across the heavily guarded border, will also carry bundles of leaflets.

"Probably the first launch will be made in late January if weather conditions allow," Park said, adding the exact date would be decided when his partners from the US-based non-profit Human Rights Foundation visit Seoul around January 20.

He said the foundation had financed the production of the DVDs and USB memory sticks.

The Sony Pictures film sparked off an international incident.

Threats made by hackers after a November cyber attack on the movie giant initially prompted Sony to cancel the film's Christmas Day release, after many large US theatre chains got cold feet.

The United States blamed North Korea for the cyber attack, but it vehemently denied any involvement.

US President Barack Obama expressed regret at Sony's cancellation and the studio then decided on a limited release. It was also released online.

Last week the North derided Obama as a "monkey" for encouraging cinemas to screen the comedy.

South Korean activists - many of them defectors from the North - have been carrying out leaflet launches for years.

At times of heightened cross-border tensions, Seoul has stepped in to stop them for fear of retaliation.

The two Koreas agreed last year to restart suspended dialogue when a top-ranking North Korean delegation made a surprise visit to the Asian Games held in the South in October.

The trip raised hopes of a thaw, but was followed by a series of minor military clashes along the border that renewed tensions and talks never materialised.

At one time the two Koreas traded heavy machine-gun fire after the North's military tried to shoot down balloons carrying anti-Pyongyang leaflets.

But in a New Year message Thursday the North's leader Kim called for top-level talks with the South, and Seoul responded positively.

Park said his launch operation would get into its stride in March when the wind direction is favourable. "I will never succumb to any threats," he said.

Defectors say a considerable number of North Korean homes have DVD players, often second-hand models brought in from China, and residents watch discs from overseas even though they can face punishment.