The video on YouTube shows a black car pulling up on a busy Hong Kong street at 2.30pm.

A woman - wearing a black tracksuit and cap - gets out of the vehicle while two of her minders try to keep the paparazzi at bay.

She is Sammi Cheng and the encounter with the press on Tuesday marks her first public appearance since her husband, singer Andy Hui, got entangled in an embarrassing scandal with TVB actress Jacqueline Wong.

The slim-looking Cheng, 46, who wore a face mask on Tuesday, did not make any attempt to dodge the media, even standing for a few seconds on the five-foot way to allow the photographers to snap away.

But the Cantopop superstar did not answer questions about the scandal. She then entered a building and took the stairs to get to a studio to rehearse for her upcoming concerts in July at the Hong Kong Coliseum. 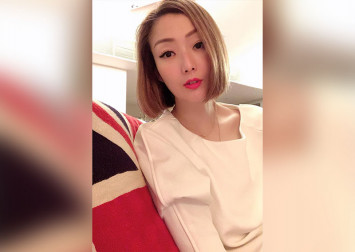 According to portal on.cc, Cheng kept mum again when she left the studio to return to her home in Clear Water Bay.

Last month, the singer vowed to protect her marriage after Hui, 51, tearfully confessed that he had made a mistake after he and Wong were caught kissing in a taxi.

Wong, 30, has gone to the United States to reportedly pursue acting and directing studies while her employer TVB had to recast artists for TV shows and appease advertisers.

Cheng has drawn sympathy from many people, given that she also has to deal with nasty rumours that she paid the taxi driver to record and release the video to shame Hui after she allegedly knew of his wandering ways. 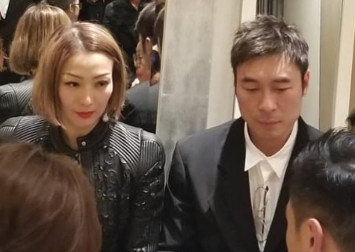 This stain on her reputation is perhaps still on her mind when she posted a photograph on Tuesday and wrote: "Sorry, it's a photo in the rehearsal room again. Today, in addition to rehearsing, there were also meetings.

"There is still a lot to be solved, but I keep telling myself to solve it one day at a time, not to be afraid, not to be confused, and not to be distracted.

"The most important thing is to eat and keep my body healthy."

Her fans are counting on Cheng to stay fit, with her 13 shows in July all sold out.

A ticket bought for HK$980 (S$170) was reportedly resold for HK$30,000, drawing angry calls for a better and fairer system to allocate tickets, to deter profiteering.