Since the publication of Casino Royale in 1952, Ian Fleming’s James Bond has been the quintessential secret agent, a suave and sophisticated government operative who travelled the globe dispatching supervillains while sipping vodka martinis and wooing exotic beauties.

Six actors have played 007 on-screen in 25 official feature films, and ever since his first appearance in 1962, Bond has been locked in a battle between staying true to Fleming’s original vision of the hard-drinking, womanising gentleman spy and addressing our evolving attitudes towards depictions of sex and violence on screen.

With this week’s release of the much delayed No Time to Die, the fifth and final outing as 007 of Daniel Craig, we look back at how the character has changed since making his big-screen debut.

It’s hard to imagine that when Sean Connery was first cast as Bond, Fleming disapproved of the burly Scot.

In his novels, the author likened Bond to American songwriter Hoagy Carmichael, and wanted David Niven for the role (he would ultimately play the part in the unofficial 1967 film Casino Royale).

But from his very first scene in Dr. No, nonchalantly lighting a cigarette as he uttered the immortal words “Bond, James Bond” to the howls of Monty Norman’s iconic theme, Connery and the character became one.

Connery brought a laconic wit that was absent in the novels. Fleming’s Bond was a blunt instrument, a neutral character around whom exciting things happened.

Connery’s Bond engaged with the world around him, using his fists … or other attributes to take pleasure in his work.

Read Also
Daniel Craig says James Bond shouldn't be a woman, and he has a point 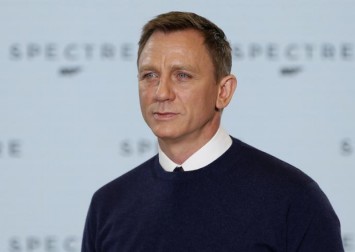 Today, his behaviour might be considered reprehensible, but in the 1960s this bold, devil-may-care attitude made him an irresistible escapist fantasy figure.

The series made Connery a global superstar, but by the time of his fifth outing, in 1967’s You Only Live Twice, he had grown tired of the role; he moved on, but his departure was short-lived.

Connery would return for 1971’s Diamonds Are Forever, and again, aged 52, in 1983’s Never Say Never Again, an unofficial remake of Thunderball.

The largely unknown Australian actor only played Bond once, but displayed an impressive physicality paired with chiselled good looks, in what remains one of the best films in the franchise.

On Her Majesty’s Secret Service sees Bond take to the ski slopes for the first time, as he attempts to foil a plot by long-time nemesis Ernst Stavro Blofeld to trigger a global pandemic.

More importantly, the film sees Bond get married – to Diana Rigg’s radiant Contessa Teresa di Vicenzo – only to be tragically widowed just moments later, in a defining moment in the character’s development.

Lazenby handles it beautifully, but, fearing being typecast and struggling to see a future for Bond in the more progressive 1970s, he quit before the film was even released.

The decision, ironically, saw the actor disappear back into obscurity as quickly as he had emerged.

Moore was already 46 when he assumed the mantle of James Bond, a role he would retain for more than a decade.

An established TV star thanks to The Saint and The Persuaders, Moore reinvented Bond as a debonair playboy armed with little more than a cocked eyebrow and string of smirking double entendres.

With Blofeld and SPECTRE now tied up in a decades-long legal dispute, Bond faced off against a string of vaguely European megalomaniacs with increasingly absurd plans for world domination.

In the cynical 1970s, Bond struggled to stay relevant, and so tackled whatever subgenre was popular that year, from blaxploitation (Live and Let Die ) and kung fu (The Man with the Golden Gun ) to science fiction (Moonraker).

Purists lamented the escalating campiness, which saw their beloved secret agent clown around in gondola hovercrafts, crocodile-shaped submersibles, and even go to space, while canoodling with women half his age.

But at the box office the series remained popular, while stand-out entries like The Spy Who Loved Me ensured Moore a loyal fan base.

The series again battled for relevancy in the eighties, when action heroes were either muscle-bound super-soldiers like Sylvester Stallone or Arnold Schwarzenegger, or wisecracking cops played by Bruce Willis or Mel Gibson.

In response, Bond reverted to his Cold War origins, finally confronting SMERSH in The Living Daylights, which also saw him help the mujahideen, before embarking on a decidedly un-Bond-like personal vendetta against a South American drug baron in Licence to Kill.

Following the longest break in the series’ history, Bond finally returned with Pierce Brosnan in the role.

The actor had previously been tipped to succeed Moore, but was unable to break his Remington Steele television contract.

The Cold War was over, and a wave of political correctness opposed many of Bond’s defining characteristics.

Was there still a place for Bond?

In a genius move, Judi Dench was cast as M, and immediately took her top man to task for being “a sexist, misogynist dinosaur” and “a relic of the Cold War”.

Brosnan’s self-effacing demeanour lent itself to the challenge, and from this moment on Bond never smoked on screen (save for a solitary Cuban cigar in Die Another Day), and was repeatedly put in his place by a procession of fearsome females, played by the likes of Famke Janssen, Michelle Yeoh, and Halle Berry.

The campiness inevitably crept back, culminating in cringe-worthy Christmas jokes and invisible cars, but Bond’s sense of fun also returned.

While Craig’s stint as 007 will be remembered as a mostly successful inning (at 15 years it’s also the longest), it has been far from smooth sailing.

Widespread outrage followed his casting, with a venomous “Bond Not Blond” campaign plaguing the actor right up until the release of Casino Royale.

At that moment, however, all critics were instantly muzzled.

Craig’s Bond was a scruffy bruiser who had to be wrestled into a tuxedo, and visibly bled after each scrappy encounter.

His witty asides were laced with derision, mumbled solely for his own sardonic amusement. In short, he was perfect. 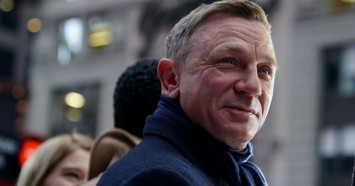 In keeping with Hollywood’s recent obsession for rebooting everything and charting fastidious origin stories, Craig’s timeline spans from recruitment into the double-0 sector all the way to Bond’s retirement at the beginning of No Time to Die.

Off-screen, Craig had to contend with a writers’ strike that left Quantum of Solace incomplete, and a global pandemic.

But there was also Skyfall, as perfect a 50th-anniversary celebration as any discerning Bond fan could have wished for.

So, regardless of how the chips fall at the end of No Time to Die, and whoever assumes the mantle going forward, one thing is certain: James Bond will return.